Our pets are part of the family. How about yours?

Do you like swans? Then let me introduce you to ours. 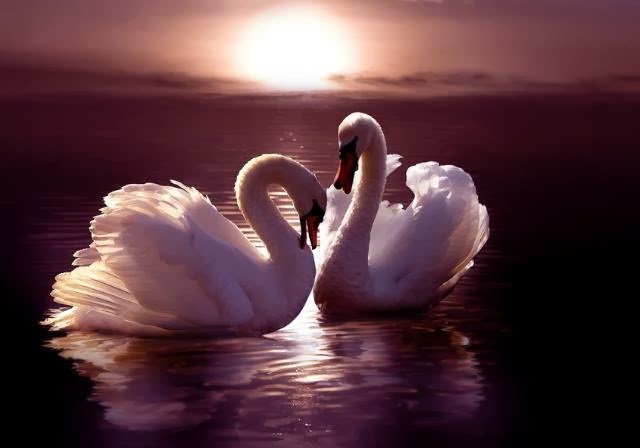 We live very near a large communal park pond, so are used to seeing waterfowl. I am not afraid of the mute swans, but I do respect them, as their heads are on a level with mine when they stretch their long necks.
I'll tell you about an adventure we had with a big male a couple of years ago, but first I'll show you 'our' swans.
They've had a mild winter this year, so we haven't had to feed them up, but they've got good memories and know that we feed the birds. So every day they waddle up to our garden gate and see if there is anything tasty within their reach. 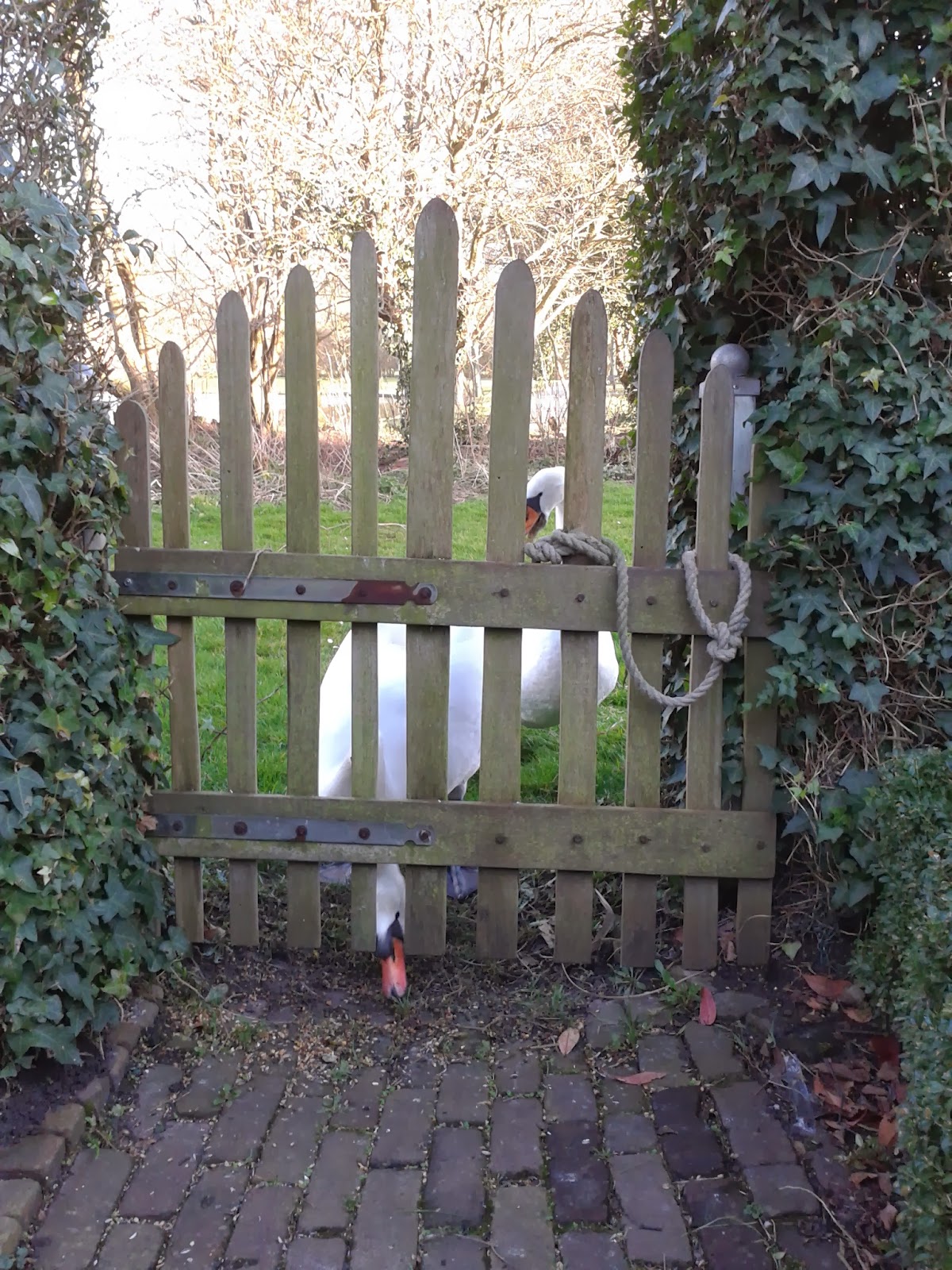 This couple has been together for years. They like the birdseed which has been scattered by the doves, who are very messy eaters. 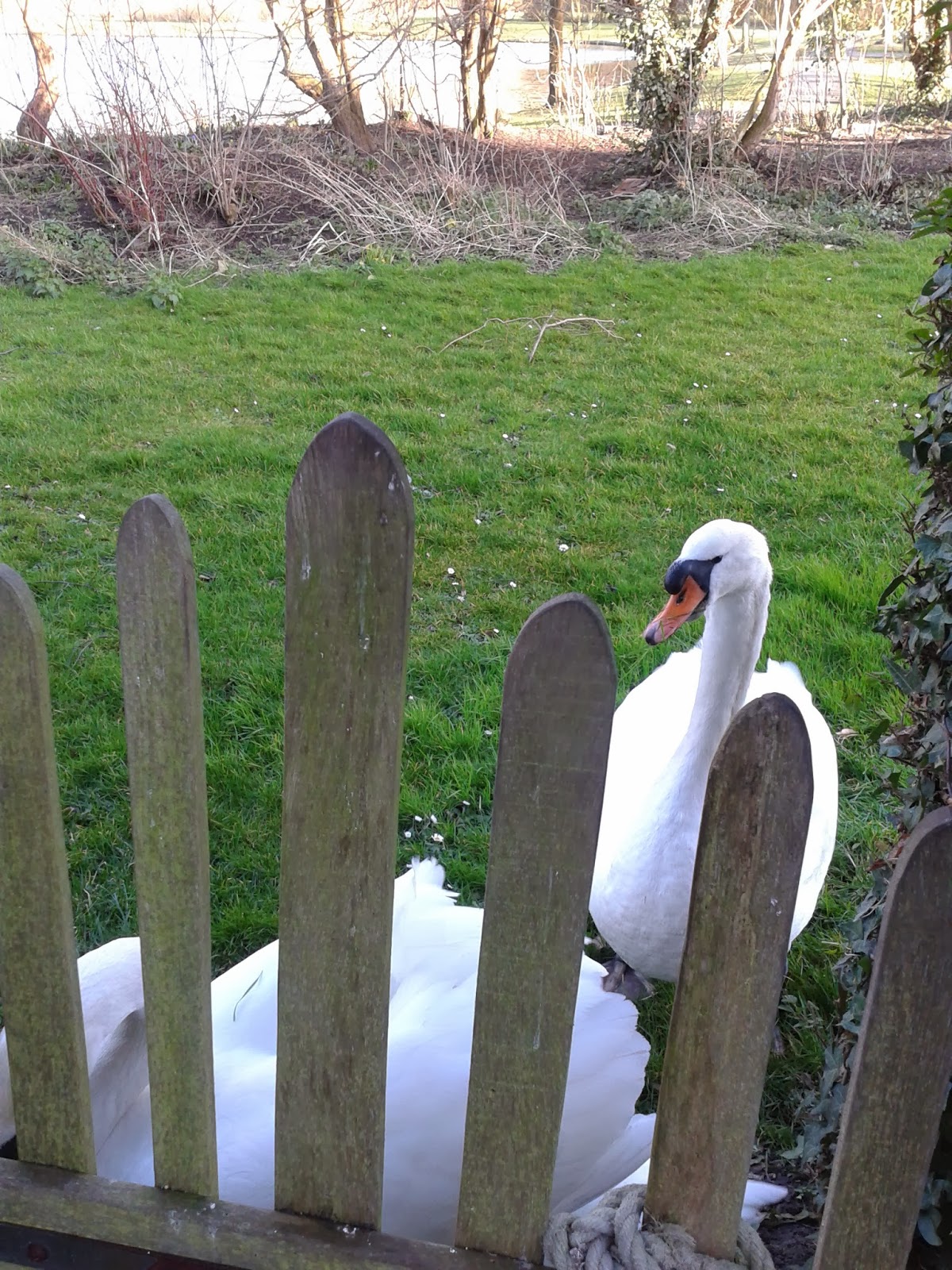 It's a pity there is no soundtrack with these photos, as they were both making noises to me: a mix of hisses and fluting sounds. 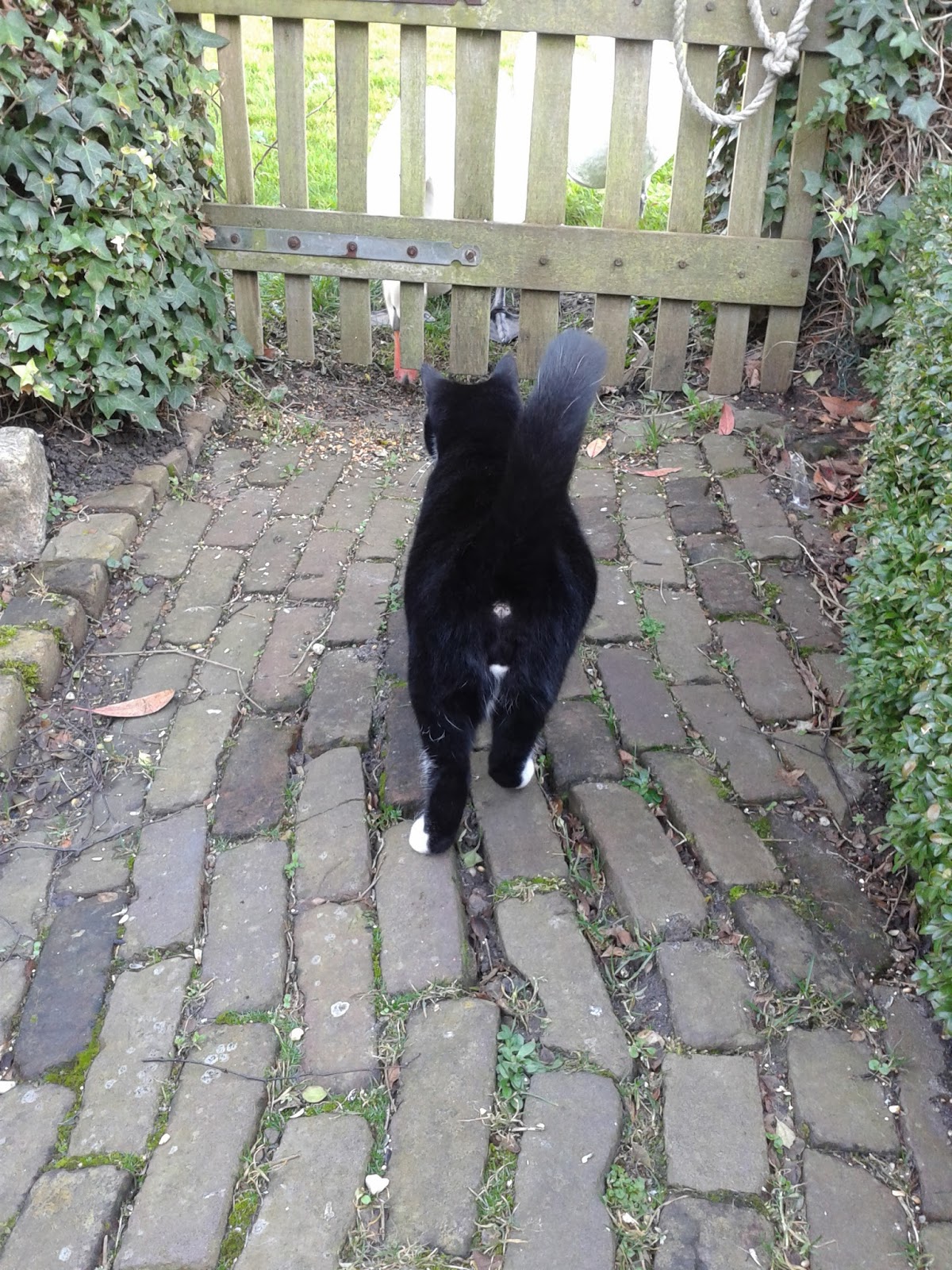 Viggo, big butch tom that he thinks he is, felt the need to show them that he comes first in the Koopman food chain. But the swans weren't impressed.

Right. The Swan Tale. Are you sitting comfortably? Then I'll begin.
Some years ago, in the Springtime, a lonely male mute swan was trying his wings over the pond. He was young, he was looking to show off to the females in the pond, and he had been circling for quite some time.
I don't know what happened exactly, but what I do know is that my neighbour was just coming out of her front door to pick up her kid from school. And our show-off swan misjudged his pass over our roof, and flew slap-bang straight into their gutter with an almighty crash, lost it, and fell onto the head of my neighbour. Who screamed loud enough to make me come running to see who was killing her.
She was on the ground, with the unconscious swan on top of her, and practically hysterical. But unharmed.

I ran to get my husband, who lifted the swan, and took it to our back garden, whilst I helped my neighbour. She was okay, and quickly left for the school, and I went to see what was happening with the swan.

Theo had put it on the garden bench, and we debated whether to call a vet, or the special 'bird lady' we know in a village nearby, and who has helped us out with injured birds before. But the swan opened one eye, and then opened the other eye, and looked at us. So we decided to leave it alone for a bit, to see what it would do.

Within half an hour it sat up, and sat very quietly on the bench for another 15 minutes or so. And then it hopped onto the ground, and took a leisurely tour of the garden. When it passed the gate, I opened it, and the swan walked out. His head was as high as mine, and as he passed me he looked me straight into the eye and mumbled something. I like to think it was  'thanks, bye'.

Update on Jodymoon ~ The Antidote

Hi. A while ago I blogged about a Dutch band I consider to be bloody good: Jodymoon.
They've just uploaded one of their old(er) songs, and I thought I'd be bold and let you in on the secret.

This secret. Jodymoon is superb. Sssssssshhhhhhhh! Keep it to yourself and enjoy the music. 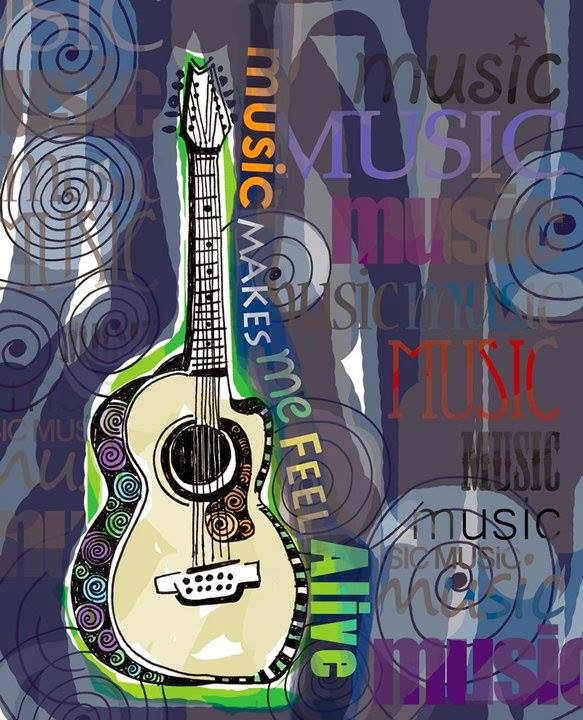 Happiness is not a destination - it's a way of life 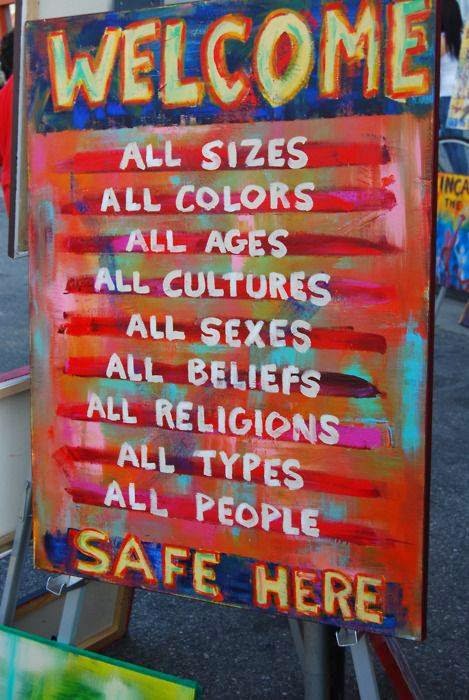 I have got the photo from the Internet (where else?), no idea where this placard was used originally.
But that doesn't really matter. What matters is what's written on it.

Whilst we Dutchies have won yet another 5 medals for ice skating yesterday, the news brings me images of a burning Kiev. The contrast couldn't be any greater.

I wish we could take that placard and hang it up, high in the sky, above our poor, stricken, confused, fucked up world.

It's very fashionable to be mindful, over here in the West. Hence the title of this post.
But how can you be mindful, happy, fulfilled, content, when there is a lack of kindness in your life? Or, to turn it around: how can you NOT be kind to others and yet expect to be happy?
So, I'd like to amend the title: 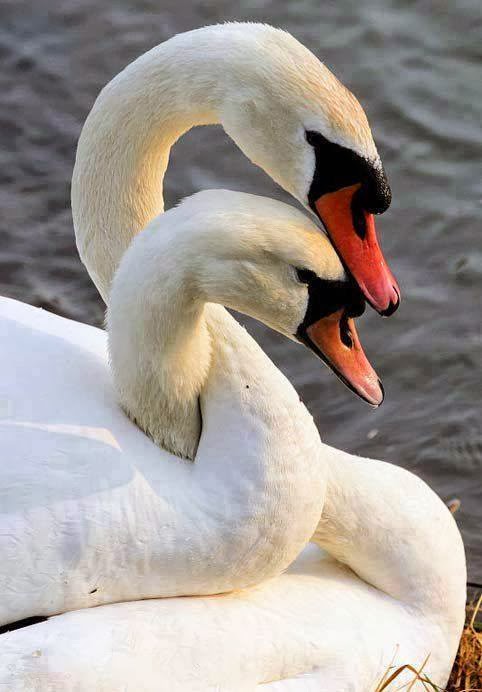 Right. Frightfully righteous lecture over. Next time I'll post something comfortable again, I promise!
I'll leave you with a link. Lyn Collins - Think (about it)  :-)

Live in the Moment

My darling cat Viggo just told me he wants food and he wants it NOW. 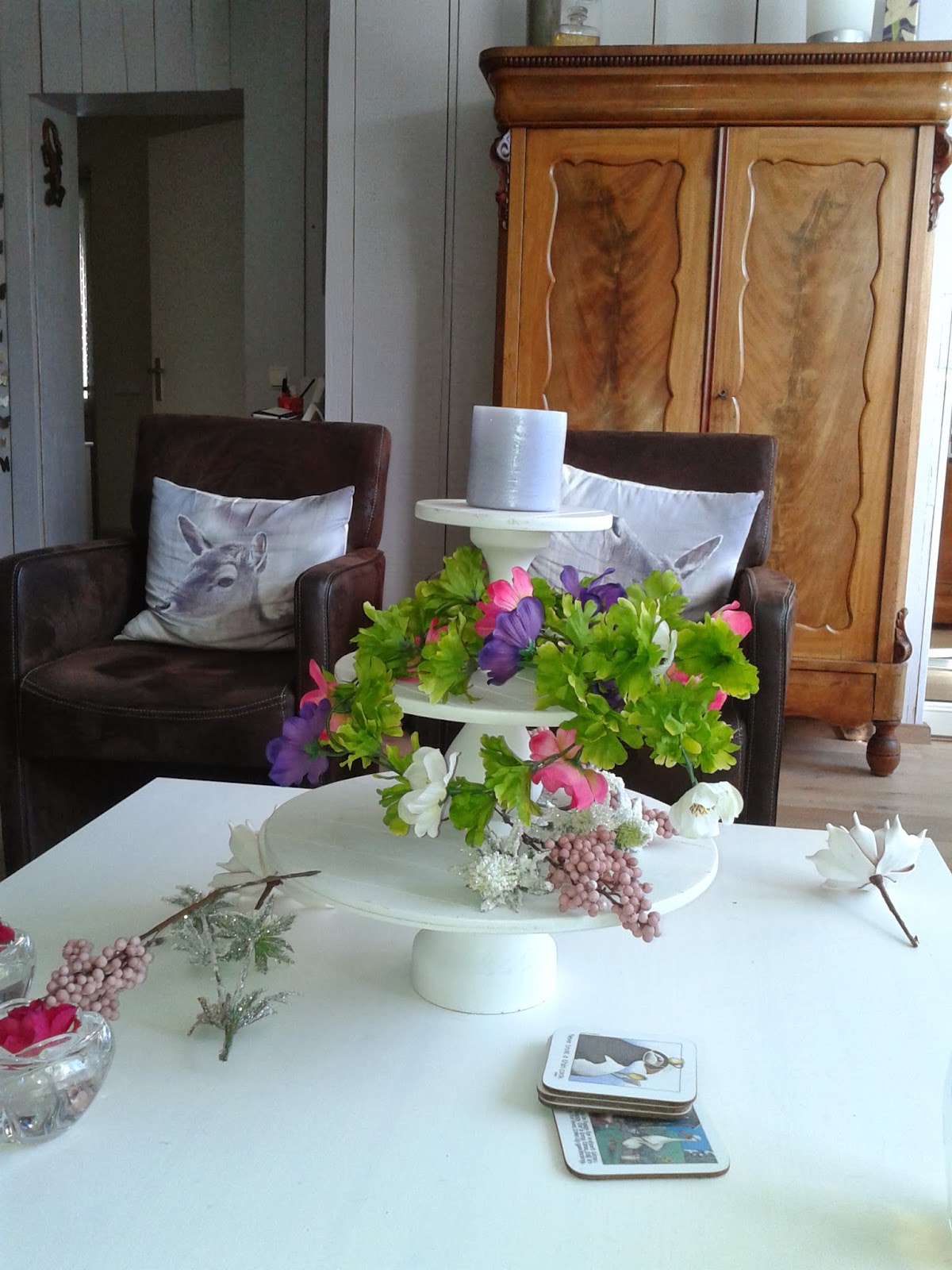 He has a very effective way of communicating this want: he demolishes that which has my attention at that precise moment.
So it may be my newspaper, or my box of tissues, or he bites my Mac, or - in this case - he hurtles pieces of my centre piece all across the table. 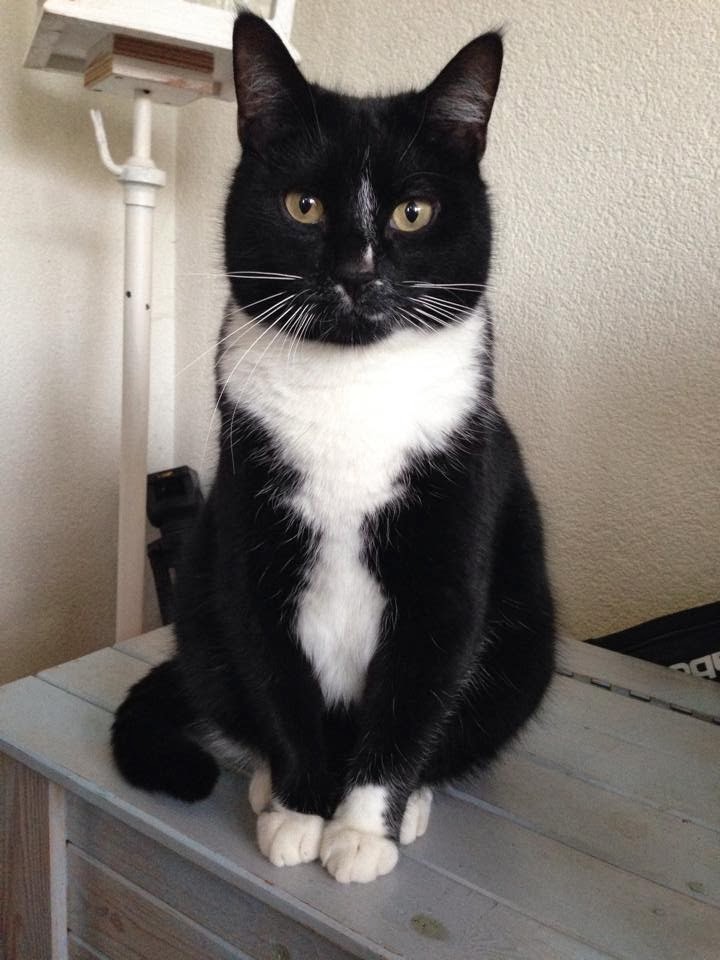 Look at him, looking innocent.

I always observe my pets with interest, as they have the ability to totally live in the moment. Mindfulness in motion. Or in immobility, as the case may be. 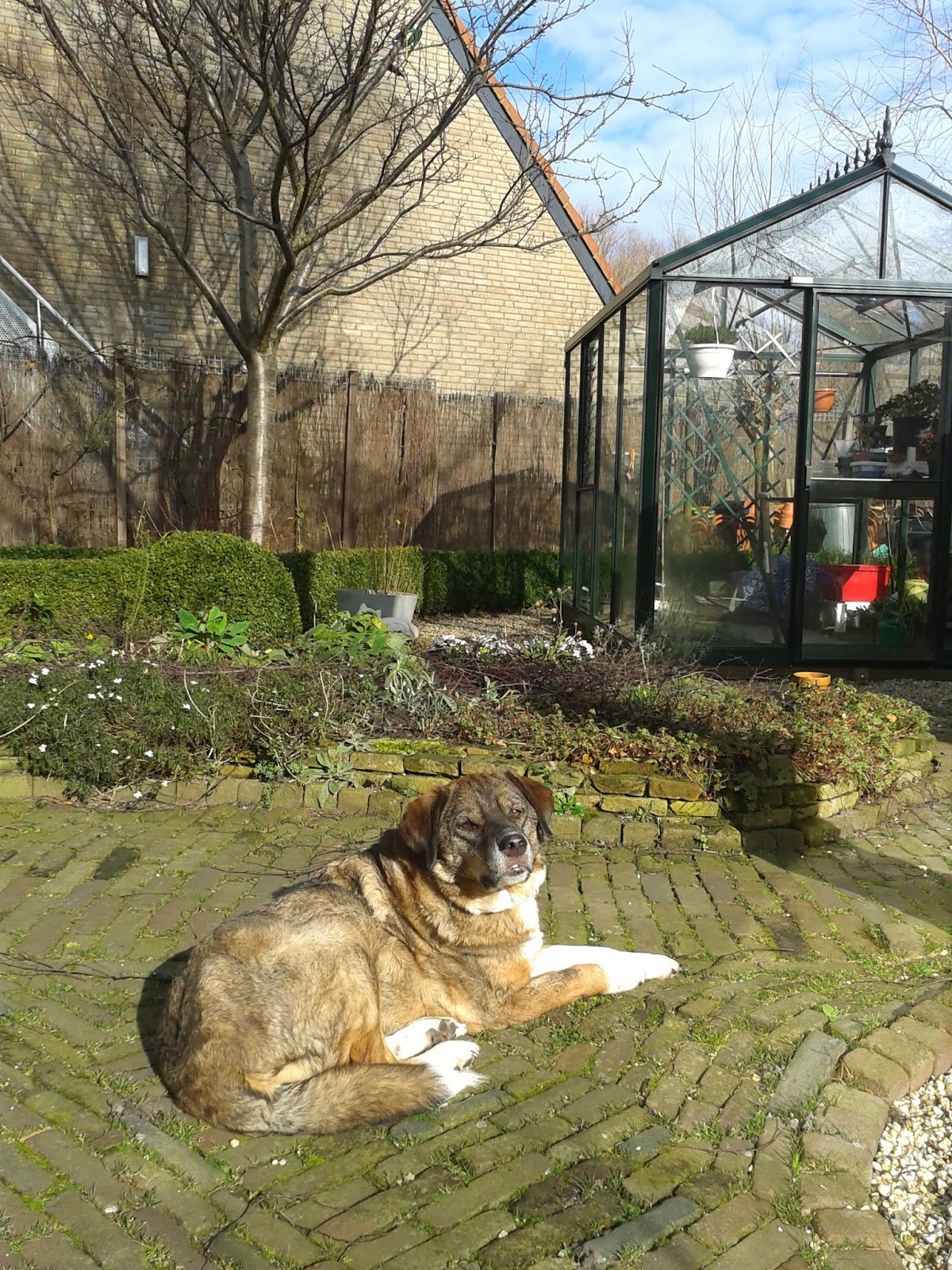 Take Gina. After a rainy start of the day (she was safe in her basket, no need for walkies, thank you), the sun is now out, and look...she ambles into the garden and searches out the sunniest spot. 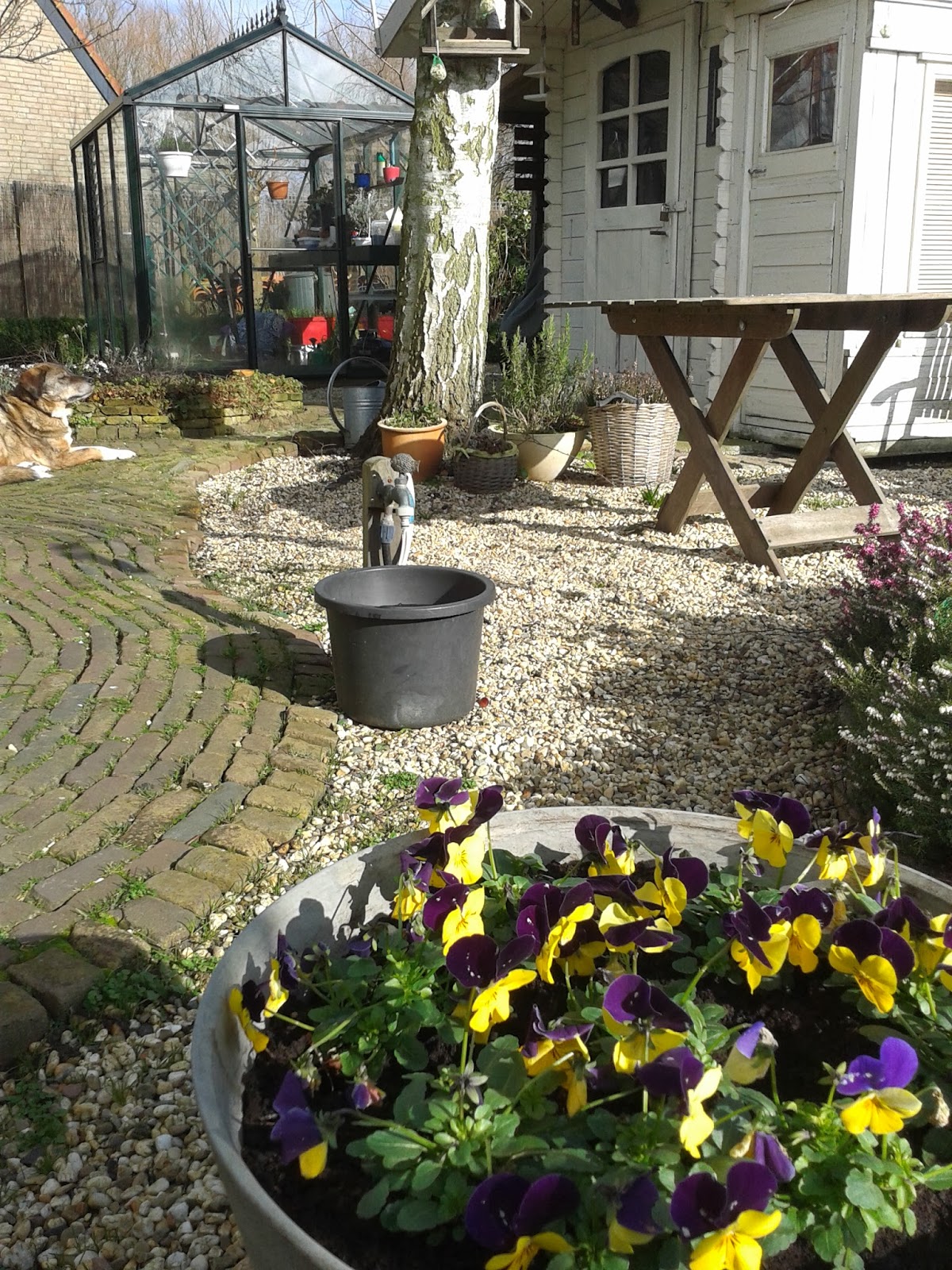 I will have to take her walking soon though, otherwise she will demonstrate her wish for a pee in the copse by digging a hole in my flower bed.

Meanwhile, halfway through my spring break: I am still winding down from work.
I read, I attempt to get a blues lick into my fingers (don't say anything, thanks. Taking up the guitar at age 55 is a challenge, to put it mildly), I look at the flowers, I look at the pile of washing and quickly look away, I idly wonder if my son will be satisfied with just potatoes for dinner (no!)....and the day just passes.
And it is bliss. 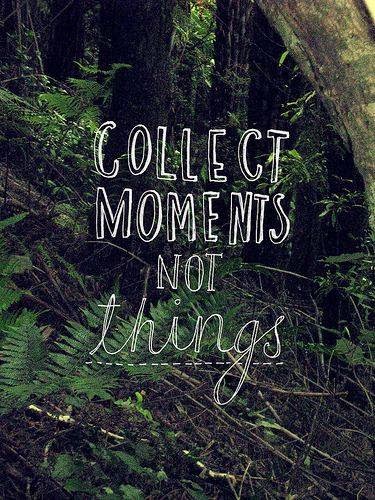 Good morning to you, over there in sunny warm Thailand.
Or in cold, dank, wet England...hope you are still keeping dry feet over there?!

I had a look at my stats, and I suspect I will be reaching the 2,000 readers sometime today or this evening. Yay!!!
(You cannot see my face, which is a good thing as I just walked my dog without combing my hair - it was an emergency according to Gina -  but I have this huge grin plastered all over my face!)

Look what I bought myself, to celebrate life.... 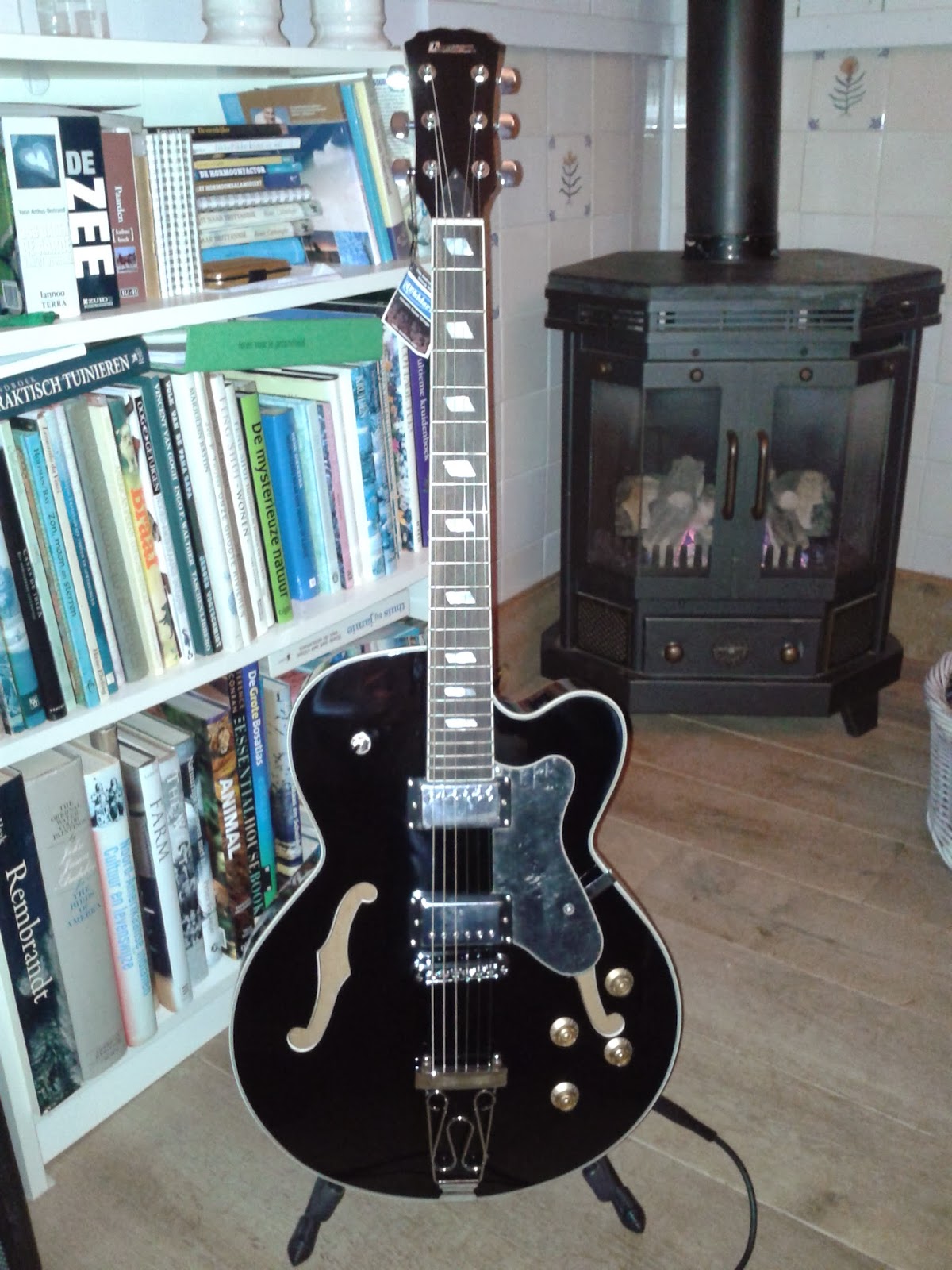 LIFE HAS NO MEANING WITHOUT MUSIC

MUSIC IS THE SOUNDTRACK TO LIFE

Two quotes for you. I could've thought them up, but I haven't. Do you know who has?
Kudos to you if you do (I know, but I cheated; they were on the box my guitar came in)

Have a great day, and "speak" to you soon! 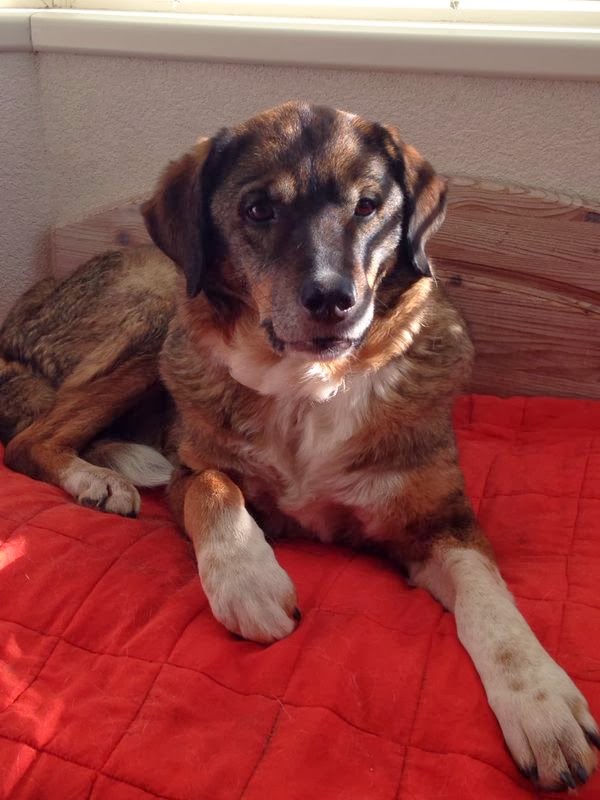 Walk Off The Earth - A Love Letter.

Like most modern music lovers I surf YouTube to find new songs and new bands (and to do research for my own singing).
There is such a wealth of committed, able, artistic musicians to be found there, it never ceases to amaze me.

A couple of years ago, I clicked "blind" on a cover of a song by Rihanna, because I was researching this song in order to use it at school. The band I clicked on was called WOTE, and I thought what a weird name, not something that sits easily in my ear, so to speak.

But their proper name turned out to be Walk Off The Earth, and their rendering of "Man Down"  blew me away, it was such fun to watch and to listen to. (My pupils, when later asked to compare the original version to the WOTE version, all said that Rihanna is more beautiful, but WOTE was much more fun).

So I clicked on and on, and listened to all of their uploads in one session, spending hours. And golly, are they good or what?! They spend a lot of time on their videos, which are funny, original, and painstakingly edited. And (sorry guys and girls) I often prefer their version to the original one.
Do you want to see 5 people playing one guitar and sounding amazing? Look for their version of "Somebody that I used to know" (Gotye)

They do play their own music as well, and they do sell it, so check this out! 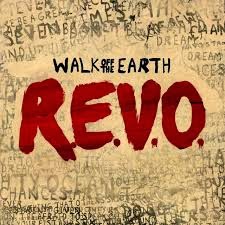 So, I thought, which song can I upload that will convince you how wonderful this Canadian band actually is? I chose "Royals", by Lorde. The link is at the bottom of this page.
I love'em.

Walk off the Earth cover of "Royals"

What are your passions?

My natural father (who hasn't played any part in my life, to put it mildly) was a good singer, I'm told. My mother cannot sing without everyone wanting to leave the room as soon as possible; crows sing like nightingales compared to her song, bless her heart. 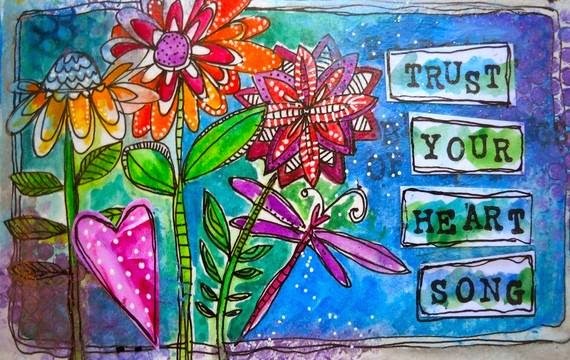 Choir
My step-father sang in the Rotterdam Philharmonic Choir; tenor. The highlights of the choir's year were the Christmas concert (which I was allowed to attend) and the Matth ëus Passion (which was deemed "too heavy"  for a child), and boy, did I want to be in that choir!
"Wait until you are 18", I was told.

But by the time I was 18, I had moved away from home, and the Philharmonic was a thing in the past. I moved on to other adventures, singing in the amateur choir of musicals and Greek Tragedies, and discovered a passion for music.

But it has taken me 55 years to actually start to take singing lessons. Why? Well, they are very expensive, for a start. But also, it seemed so...extravagant. And all those programmes on TV stress that everyone should be a natural, have a natural talent, the less polished the better.
Passions
What made me change my mind was the remark by a psychologist who urged me to follow my heart, and look deep within to find my passion.

I Did It!!! Thanks for all your support! 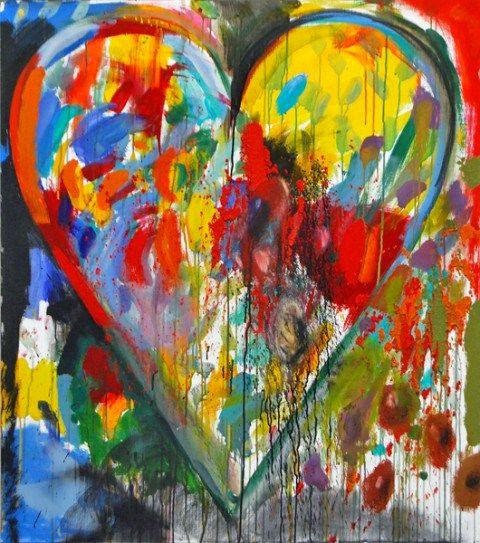 Yesterday I told you about my irrational fear of driving our Volkswagen Transporter, didn't I?
Well. I DID IT.
And it was...fine, really. I told myself I was going to drive that car, and I wasn't even nervous...except for one moment whilst driving into the Benelux tunnel.

I took a terrible selfie to prove to you I'm not fibbing, but for some strange reason my phone refuses to upload it to Google Drive and hence to this blog.

Anyway...I'm very happy I took this hurdle, as it means I can drive to my choir practice instead of having to take a bus late at night. Tra-lalalala!

Have a smashing Sunday, you! I know I will!

Those people sending me uplifting messages yesterday...thanks so much! 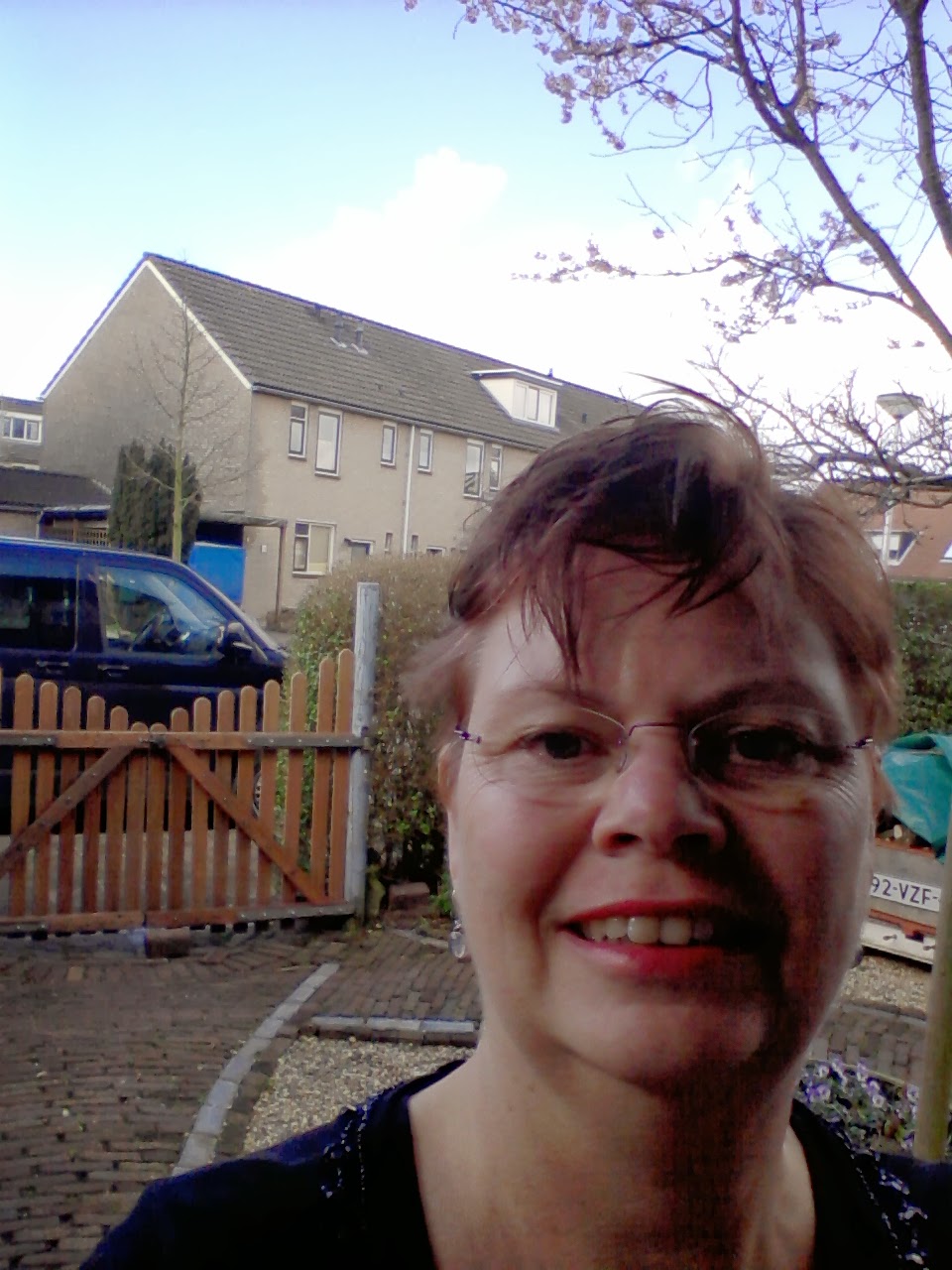