Happy March 1st!! - A Post for the Sick and Melancholy.

Good morning.
How are you?
I'm still ill and in bed. My head aches, my nose is running, my ears feel like someone has stuffed them with scratchy cotton wool and my throat feels swollen and parched at the same time.
Golly. I manage to bore even myself as well as everyone else...
So. Time for some uplifting and eye-pleasing photographs. I'll credit them as much as possible, but some are anonymous. Sorry if they are yours; they were floating in cyberspace. 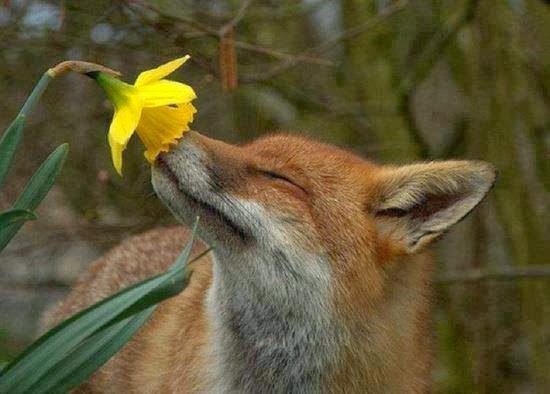 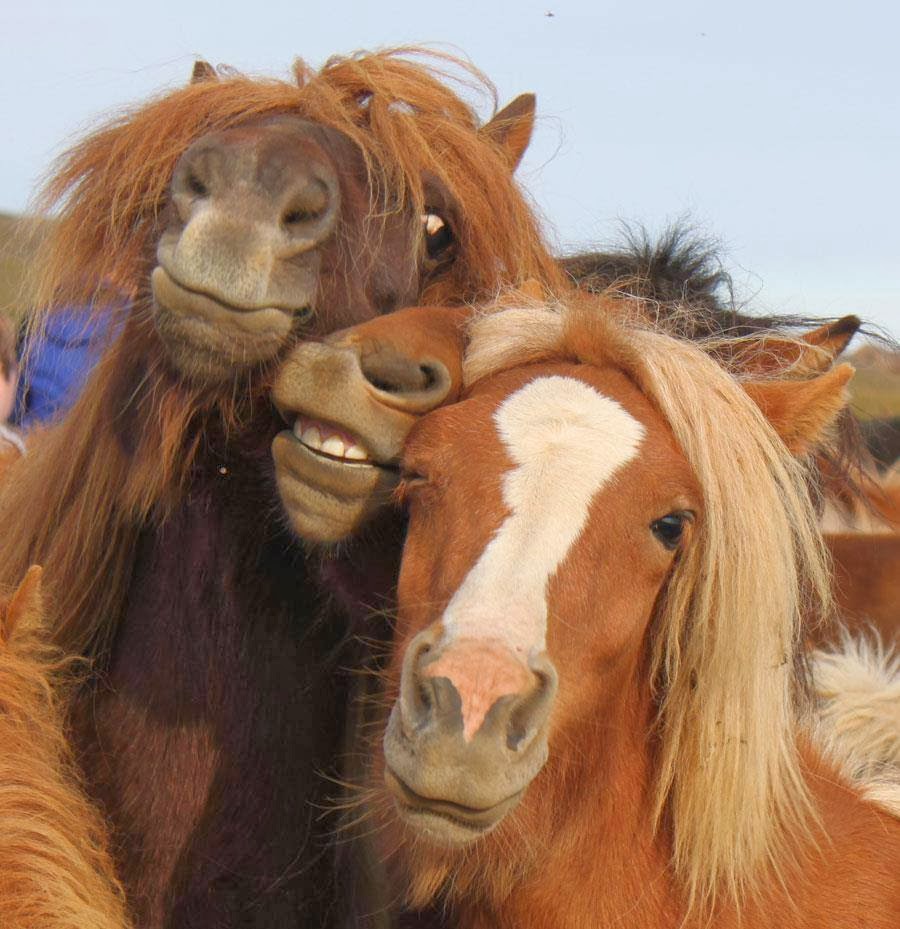 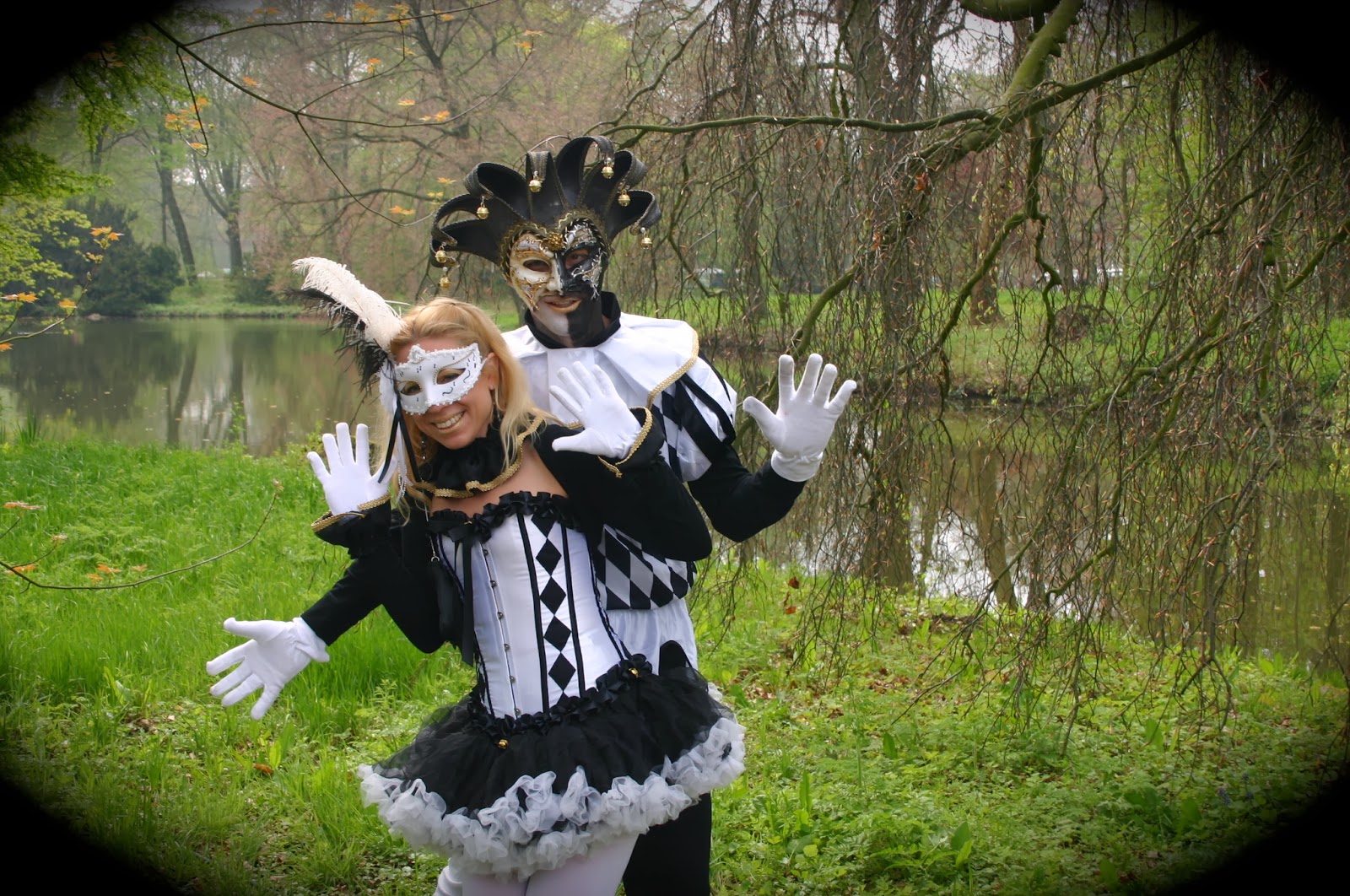 I actually took this one, years ago. It's Carnival over here this week. Happy Fools! 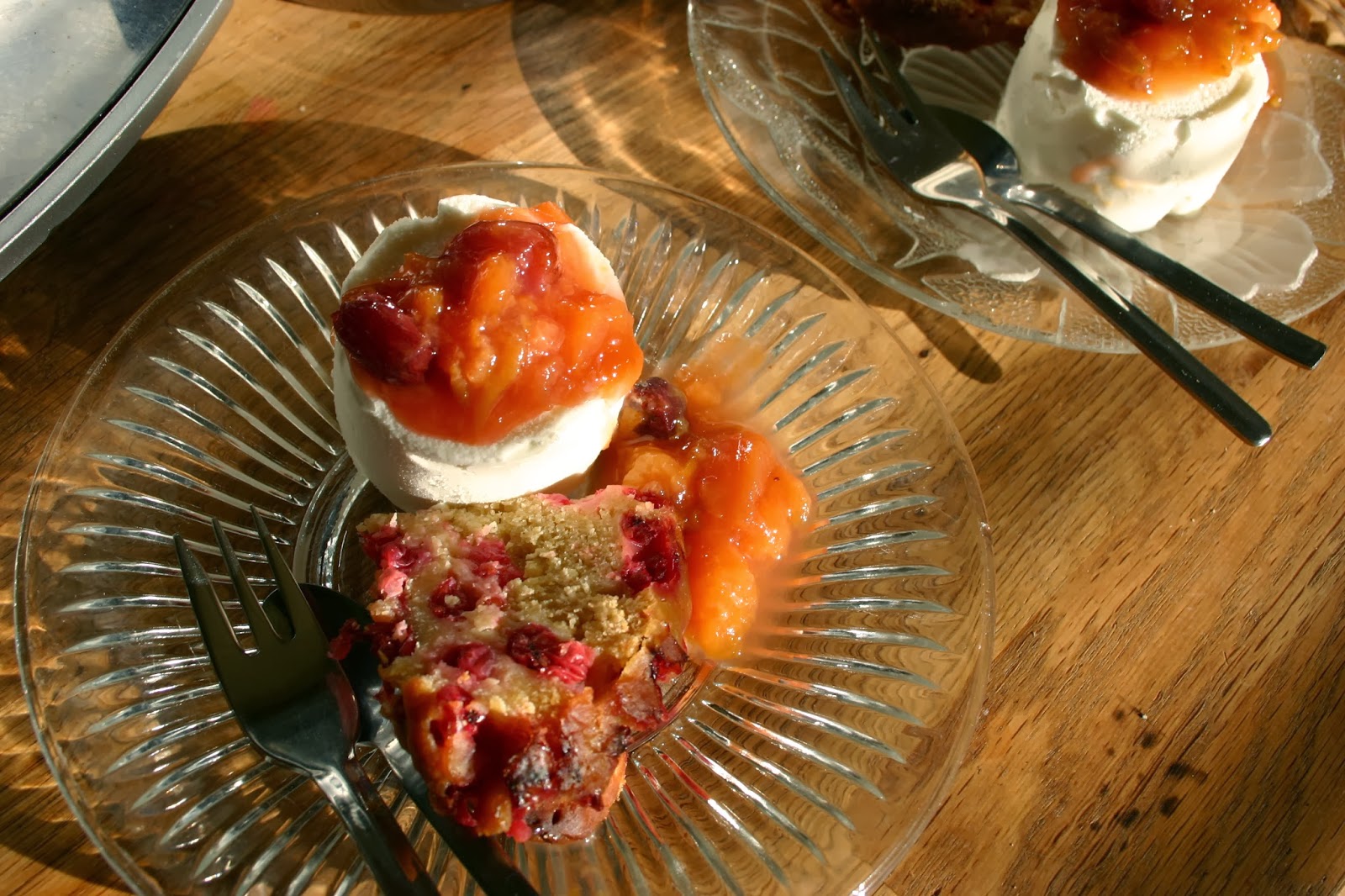 And I made this. Desserts make me feel better. Hope you agree. 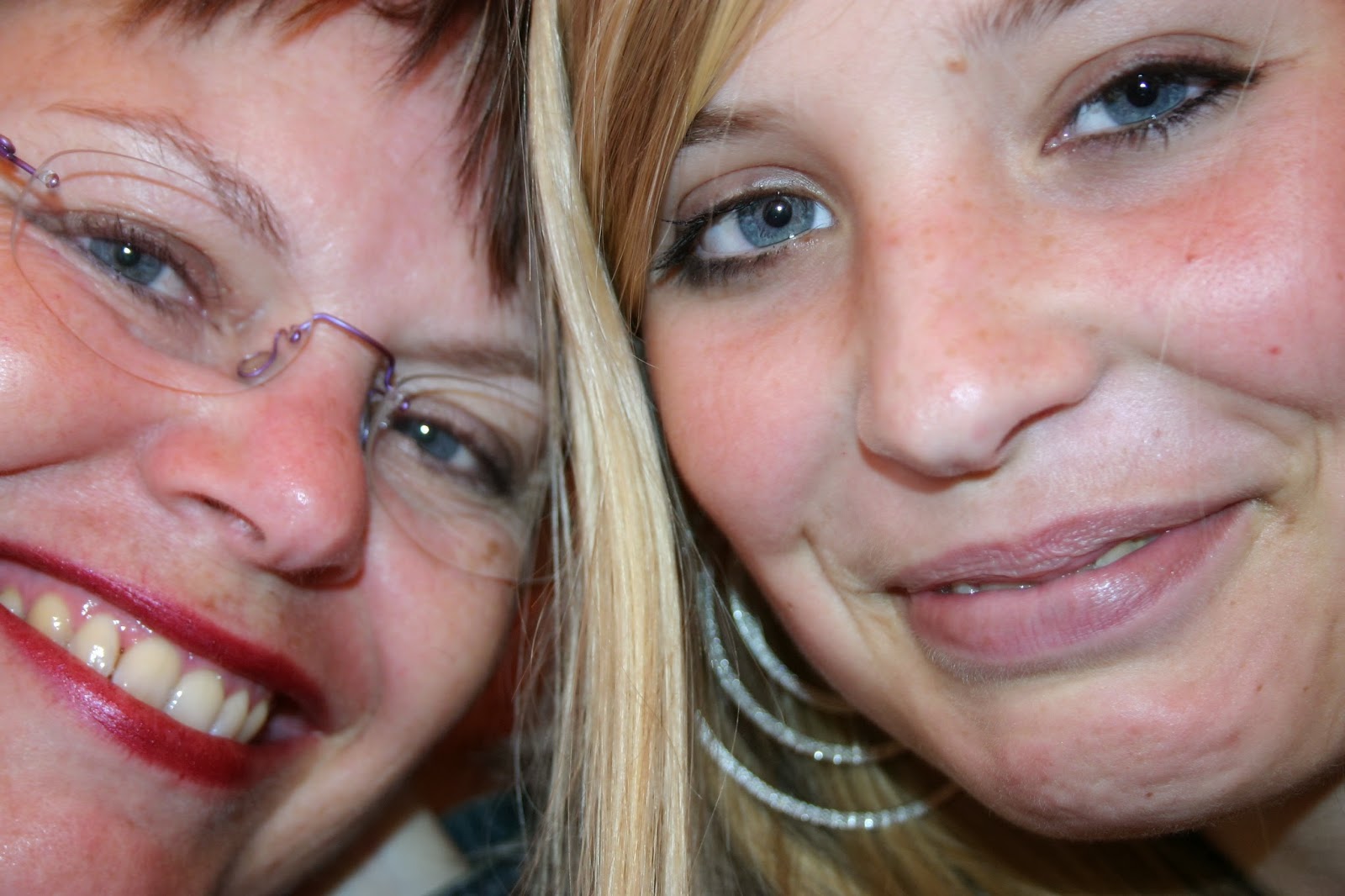 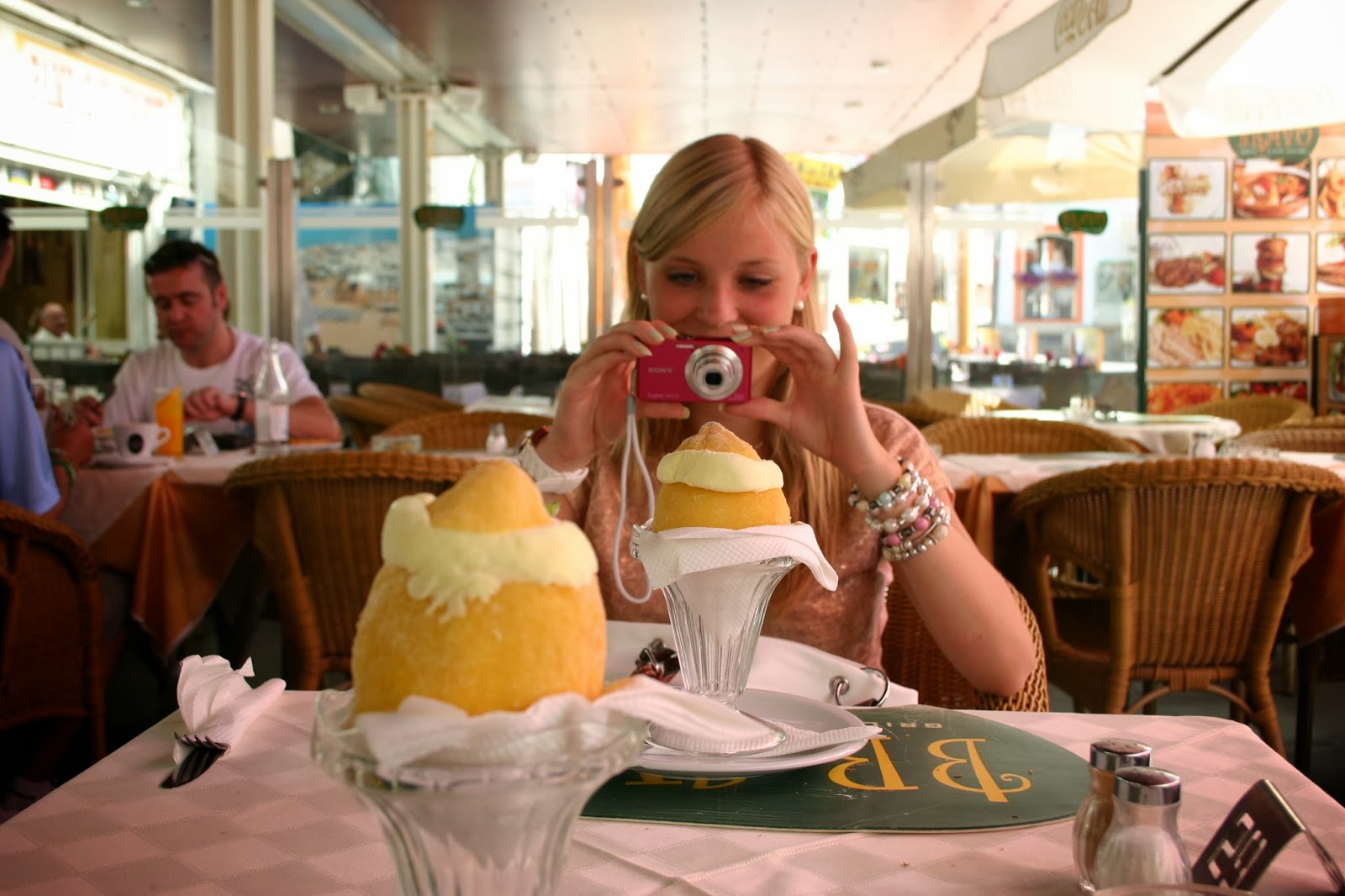 Told ya, desserts, etcetera. Took this in Albufeira in 2012. 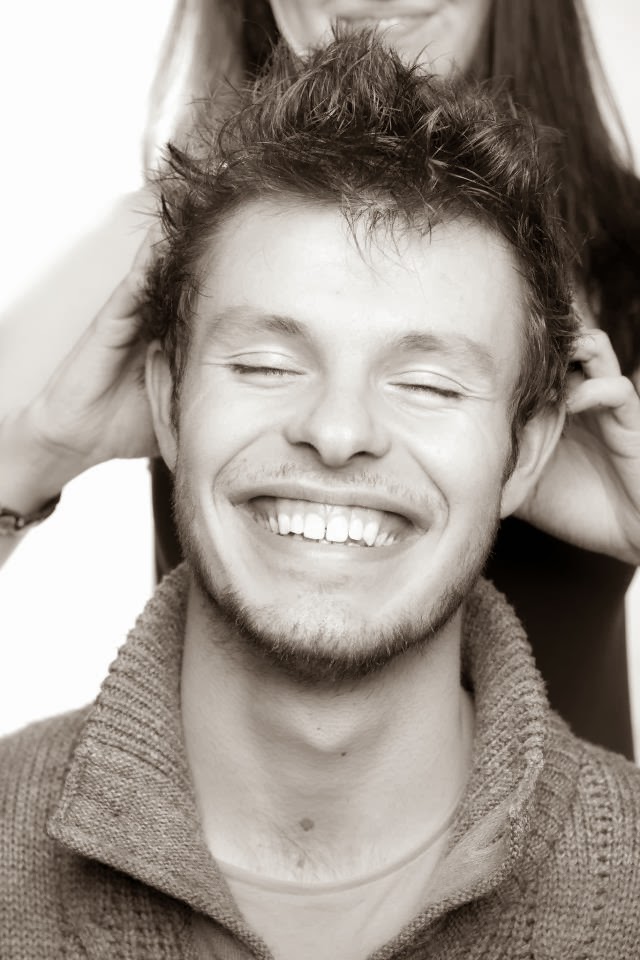 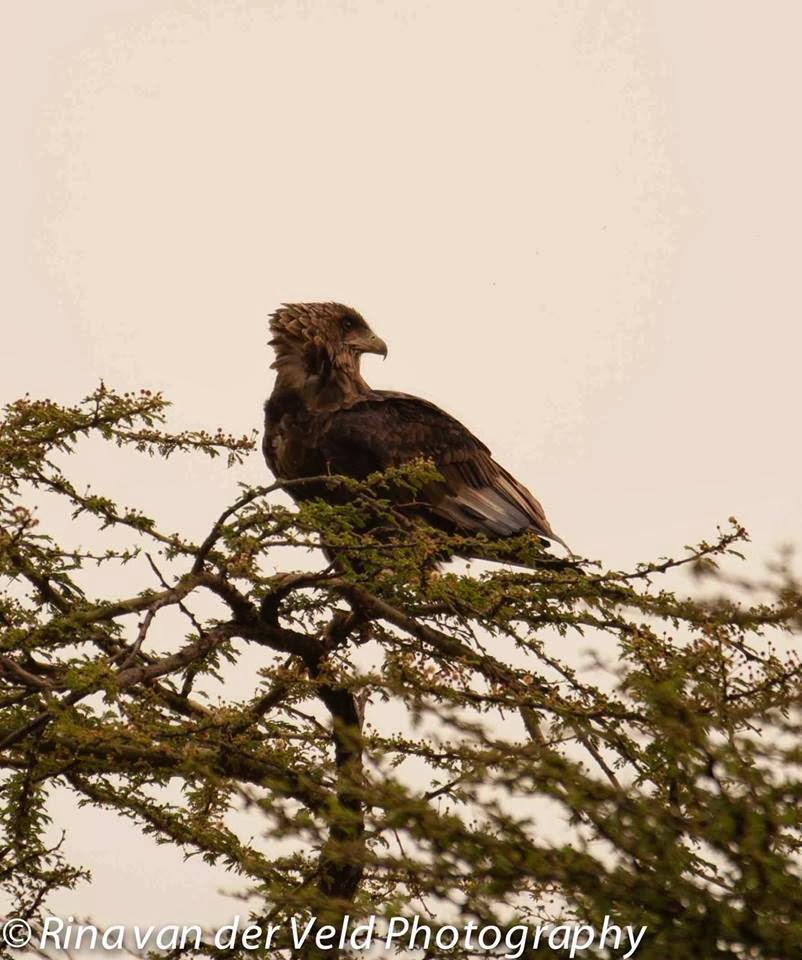 Rina is a friend, and takes photos in Kenya at the moment. Lucky her. 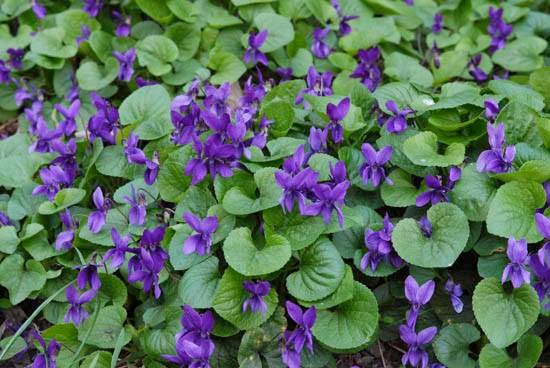 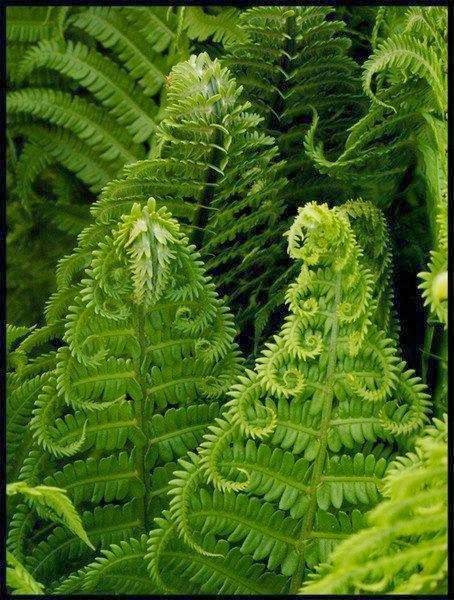 I love ferns. (Anonymous)
Right. Raindrops on roses, and so on.
I hope it has made you smile as well. 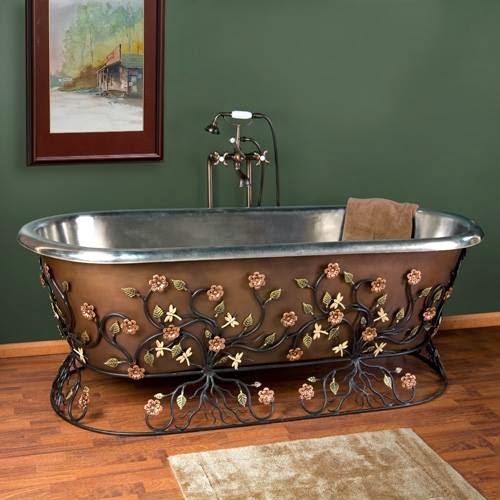 I'll leave you with one more,simply for the fun of it. It's one of those things...No need to make a bath resemble a bouquet of flowers, but some people do, because it makes them happy. Hurray for them!
Posted by Unknown at 13:02 No comments:

Sarah McQuaid 'In Derby Cathedral' - to celebrate more than 2,500 readers.

Good evening!
It's Friday night over here, and I'm in bed with a nasty cold. Viggo has been keeping me company, and has shredded a newspaper to tell me he feels for my plight (not really: he wants food). 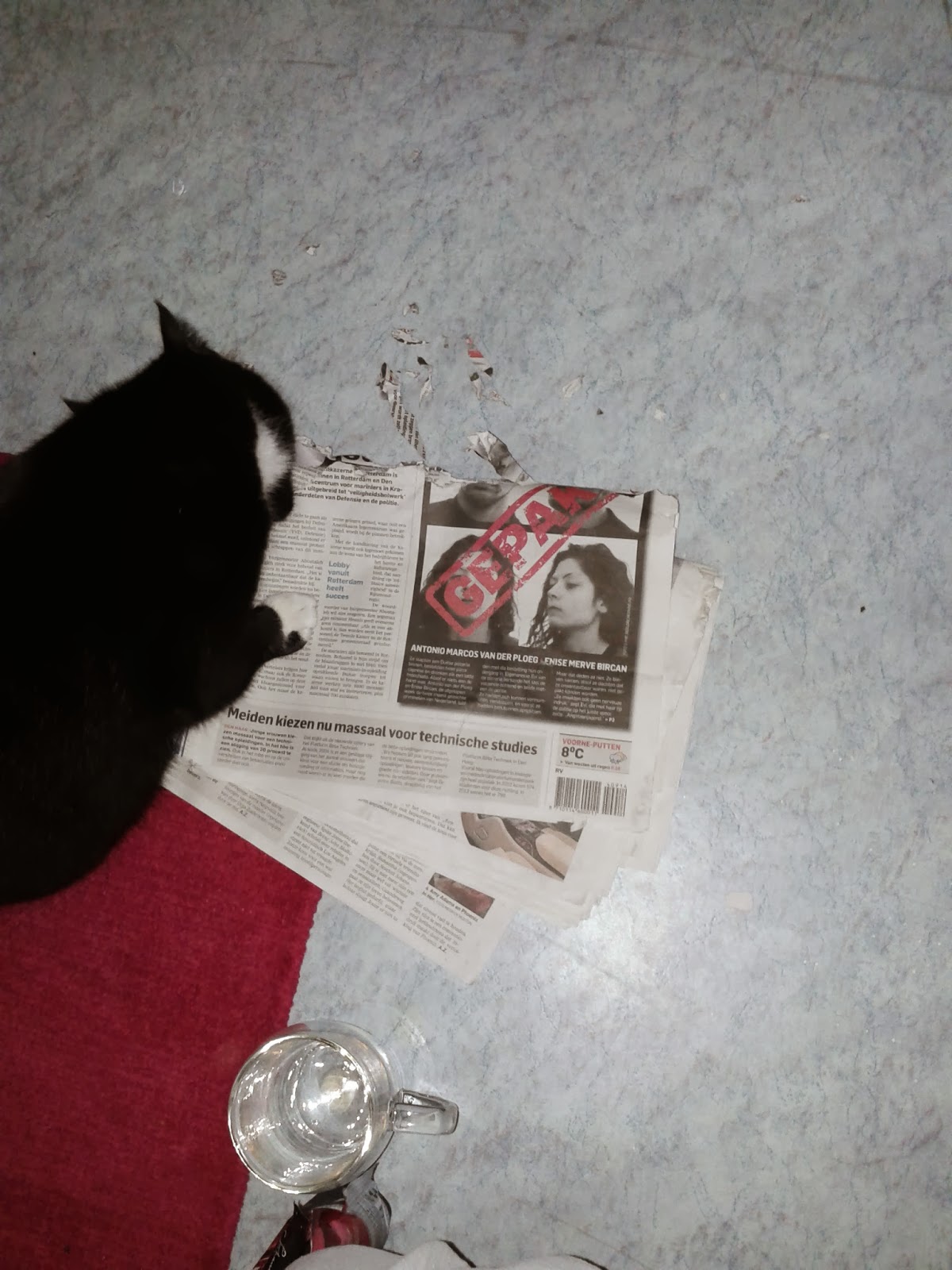 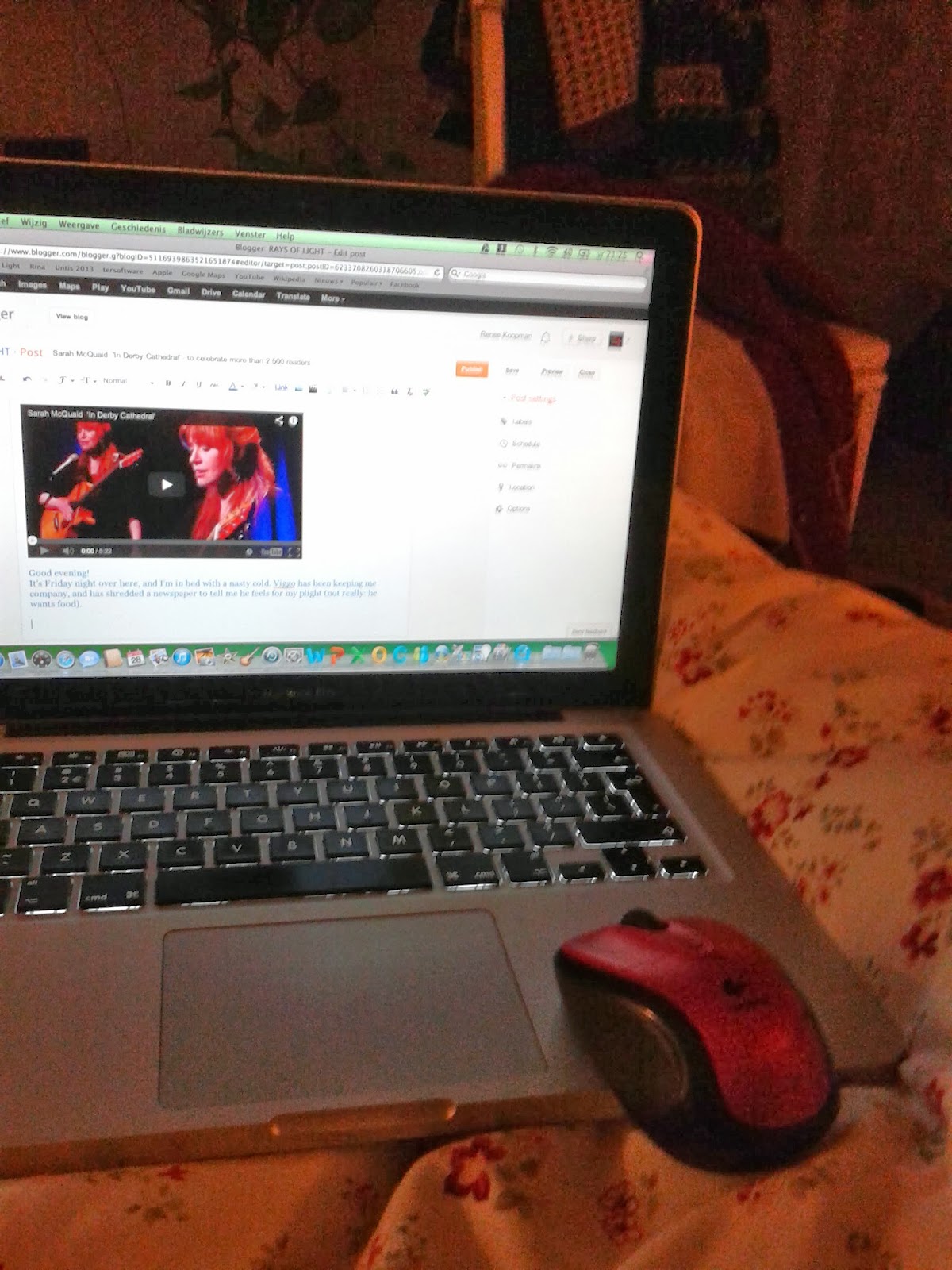 And I've uploaded one of my favourite songs by Sarah McQuaid to thank you for reading my blog.
Enjoy the music, and let Sarah's wonderful voice transport you to higher realms.

I've been listening to the birds all day - Spring is on its way!

Hi there!
Told you I am ill, didn't I? I've been in bed all day, feeling really shitty, and too headachy to read or do anything. So I've been listening to the birds. 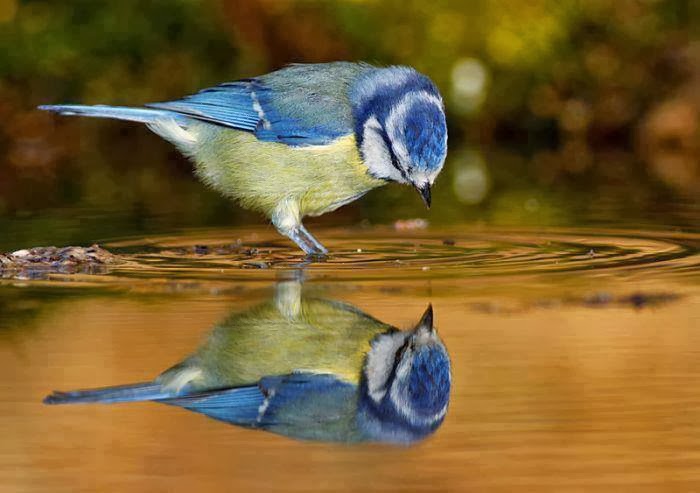 We have many around the house and around the large pond in the park behind our house. They are so active at the moment that I feel certain that they are heralding Spring.
The small garden birds are twittering and tweeting, and already exploring the bird houses we have in our trees. And the waterfowl are very noisy, and having lots of fights about territory. 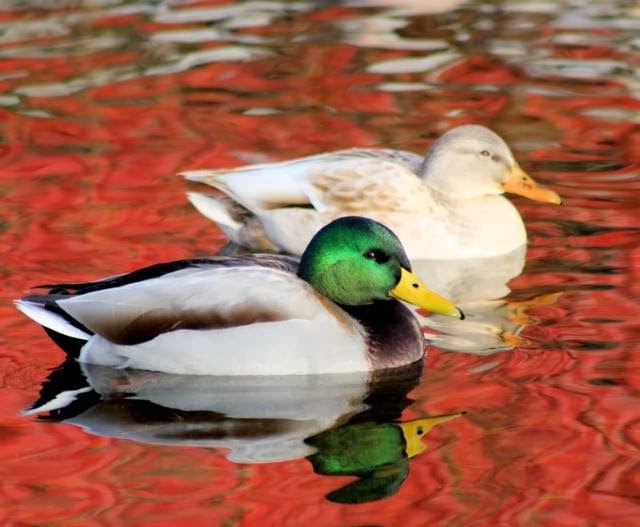 I once had a neighbour a couple of houses over who moved back to Rotterdam because she couldn't get used to the  bird noises in the night. She preferred the blaring police sirens and howling drunks...

I adore those bird noises. In Summer we often sit out until deep into the night, listening to the waterfowl, and to the owl next door (the neighbours keep a tame one in their shed), and keeping an ear out for the snuffling and crunching of the hedgehog who visits our garden. And for the frogs in our garden pond, of course. And my son's ears are still keen enough to hear the high pitched screams of the bats flying over.

Grumbling about the time it takes me to travel into Rotterdam to work each day is one of my things, it's true, but I wouldn't want to move back to the city even if they would give me a bag of money to go along with it.
I'm a nature girl. 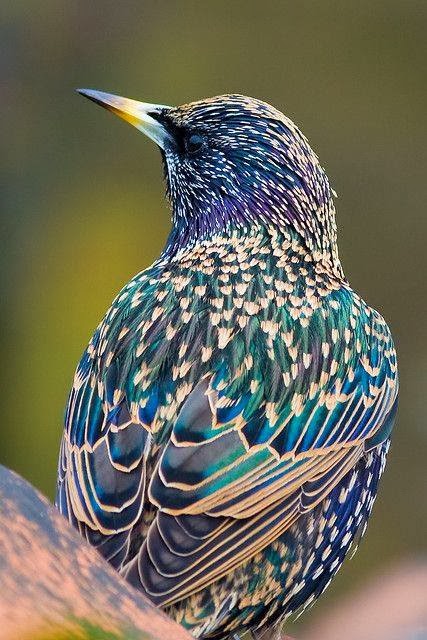 How about you? Are you a city dweller?
Right. I'll leave you with a picture. It's in the future, still, but it's on its way. Hurray! 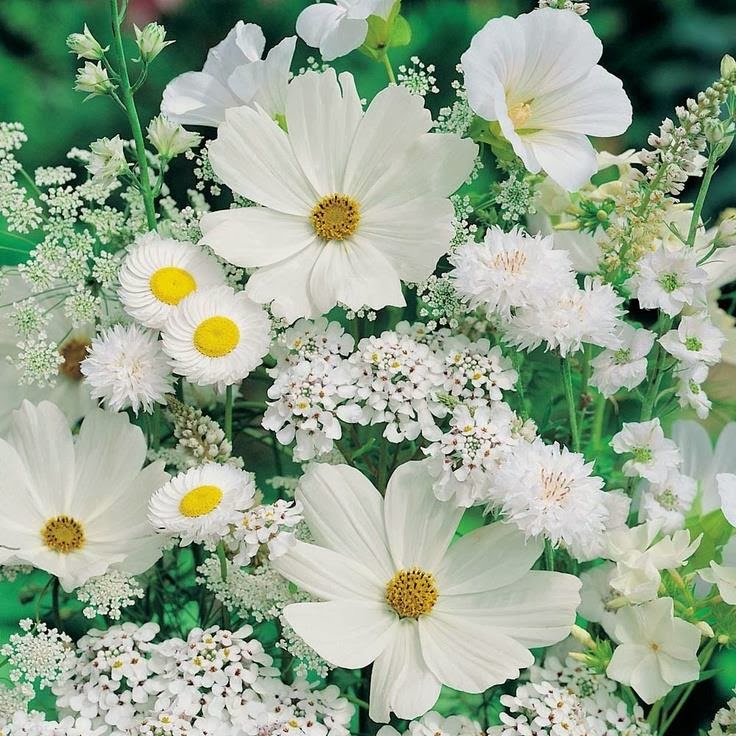 And I wish I could let you hear one of Sarah McQuaid's songs, the one about sitting next to a stream and letting all the worries of life wash away with the sound of the water. But I cannot. Perhaps one day. 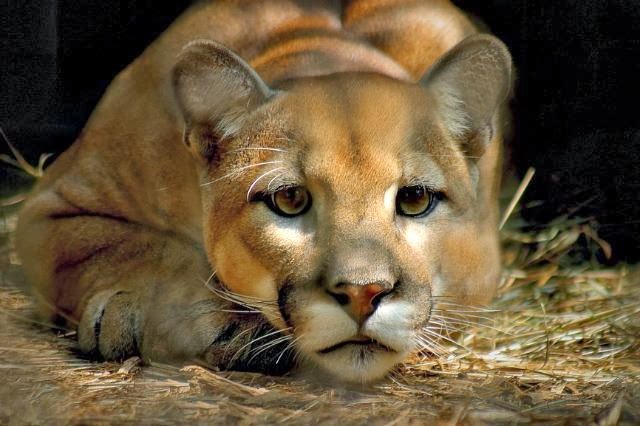 How are you? I'm feeling like death warmed over.
This morning I dragged my aching bones out of bed at 5.45 and breakfasted on a cup of tea with two paracetamol, and went to work.
There I kindly asked my pupils to have some mercy, as I was feeling poorly. This had zilch result.
Sometimes a woman's got to do what a woman's got to do: you have to feel sorry for yourself, for nobody else does...

Right. I'm not going to bore you any further, but will do unto you what I would like you to do unto me (great language, English). 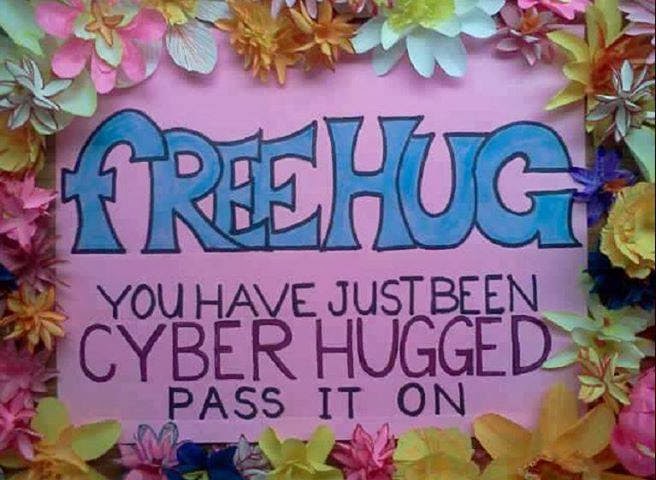 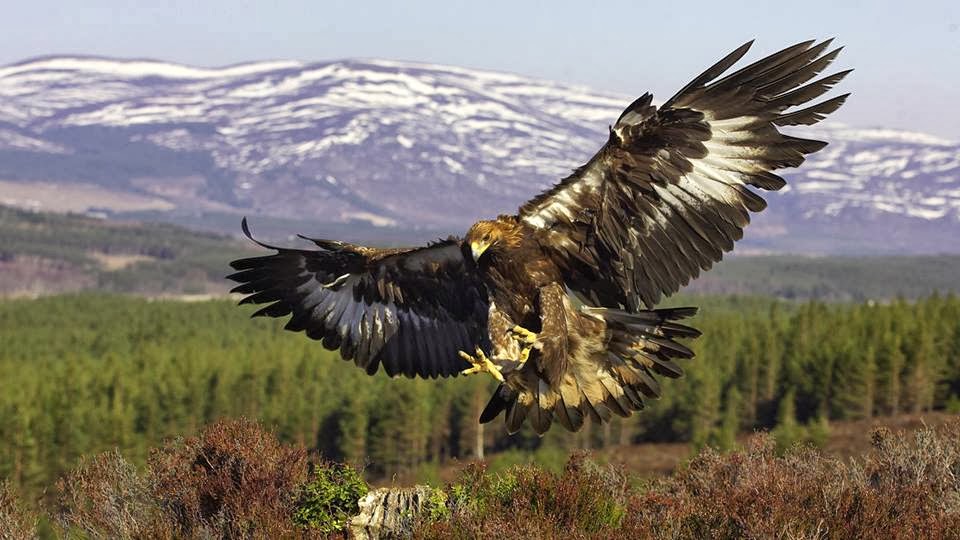 So: NEWSFLASH!
You can look me up under the name ReneeRays

Hope to welcome you as a follower soon.
(b.t.w.: you can become a follower here as well, you know)

A Long Overdue Tale: our first dog was amazing.

You either love dogs, or you don't.
I have never met anyone who said: 'yeah, dogs are okay, but I can take'em or leave'em, really, I may as well have an armadillo'.

No. You are a dog person. Or you are not.
I am a dog person as well as a cat person. People tell me that's impossible, but it's true. I adore and respect my cat, and I love my dog.

So this story is long overdue. For I have told you tales about Gina, our stray from Turkey, who we have for 10 years now (and not 8; I realised this when I uploaded the last batch of photos for you). But I have not yet told you about Freya, our first dog.

Freya
Freya was a Drentsche Patrijshond, a Drent for short. We only have 2 proper Dutch breeds, and a Drent is one of them. All the other dogs are imported.
When we wanted a dog, we looked for character and posture. We wanted a retriever, it had to be a swimmer, and it had to be a outdoorsy type of dog, like ourselves. The fact that the Drent is a friendly dog, only persuaded us faster to go for this Dutch breed.

We went to a proper breeder (at least, that's what we thought) and picked a little bitch from a litter of 6. She was adorable, with a  fat pink tummy and keen eyes. We took her home in the car, and introduced her to our old cat Saartje, who immediately jumped up on the linen cabinet and refused to come down for days.
Freya wasn't house trained yet, so we took the advice from someone who said to know about these things, and put newspaper all over the kitchen. Hence our cute little doggie believed she could pee in the kitchen, and has kept up this belief for all of her 15 years!
That was mistake number 1.
Mistake number 2 was the breeder. What we didn't know, was that our expensive dog had come to us with a tummy bug. She needed treatment which nearly cost us the dog plus hundreds of guilders. But she pulled through. Because we were afraid she wouldn't survive, we took her up to our bedroom. That was mistake number 3, for she never wanted to sleep anywhere else but next to us again. 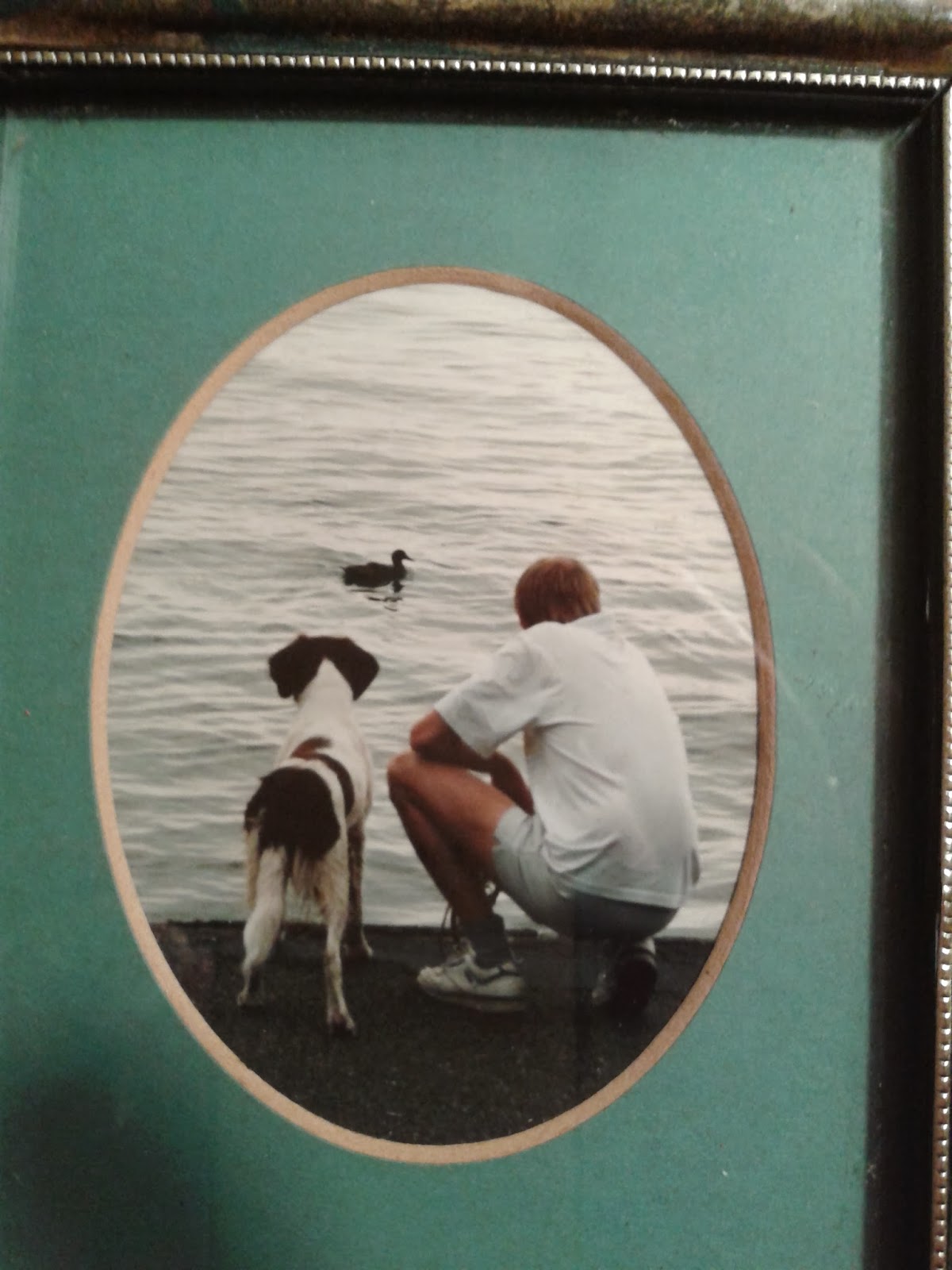 The best dog in the world
Did we regret this dog? No way! She was sweet, friendly, cute, funny, curious and a fast learner. A Drent always brings you something when you come home, retrieving is in their genes, and after an embarrassing episode when my new boss dropped by to bring me some urgent letters to type, we quickly learned not to leave our dirty underwear lying about the house.
She defended our home, and thought it her duty to keep me from harm. Whenever a man came to visit us, or to repair something, she would always stand between us, and when he crossed an invisible line, she would growl softly. I have seen big, macho colleagues of mine reduced to little shivering heaps on the couch, unable to move from it because Freya would posture herself in front of them and just stare. Nothing else.
We took her everywhere, and could, for she behaved impeccably. In restaurants, she would move under the table and stay there. She went on trains, on buses, on boats (she loved to swim and was a good sailor), and her speciality was sitting in a little cart my husband would tie behind his bike. We cycled all over France, Germany and Switzerland with her in this manner, and people would stop and point. 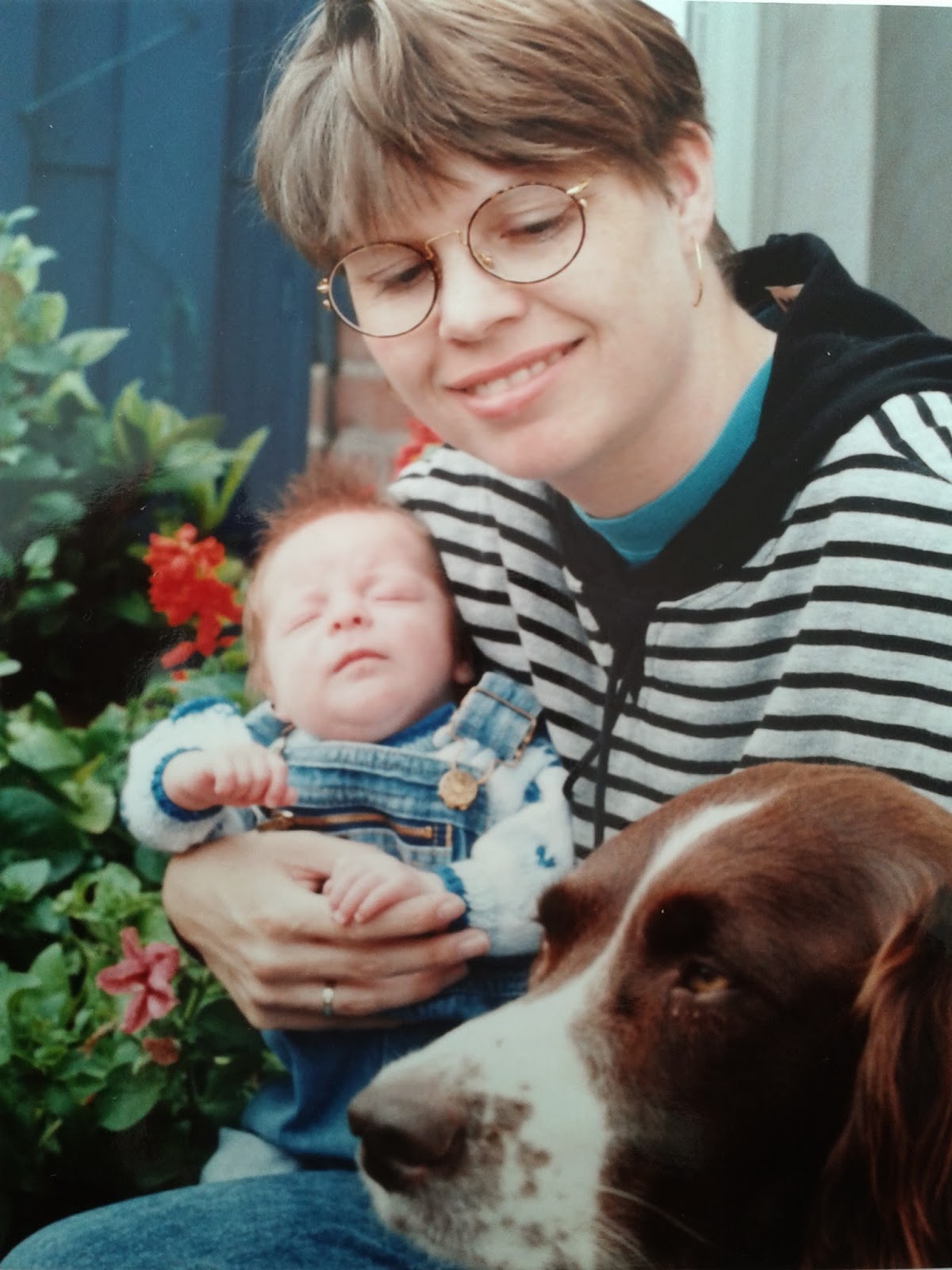 When our son was born, she became even more protective, and would guard him around the clock. She allowed everything: he could pull her ears, and poke her eyes, and crawl all over her, and she even let him eat from her bowl.
The same with our daughter, although by then Freya was quite old and hard of hearing, and had cataracts. But she would allow to be dressed in hats and scarves, and pulled the sled when it snowed.
Both kids shared the cycle cart with her. 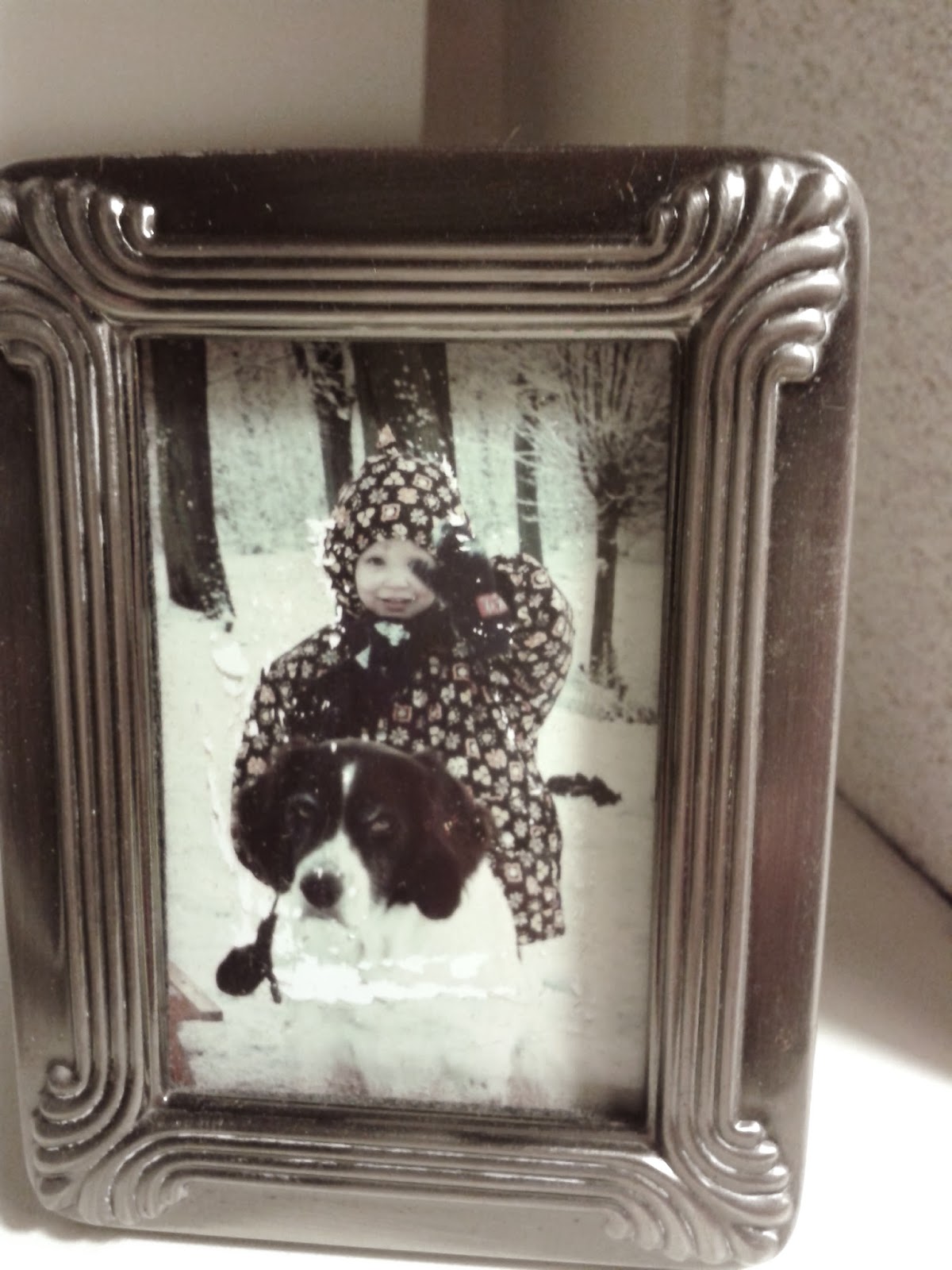 When we did our research, all the books said a Drent will become 10, or 12 if you are really lucky.
Our Freya reached 15 years. In the end she was deaf as well as blind and incontinent. My husband spent months on a mattress next to her basket, so he could take her outside in the night if she needed to go.
How do you explain that you have such a bond with your dog? Only other people with that same bond understand. 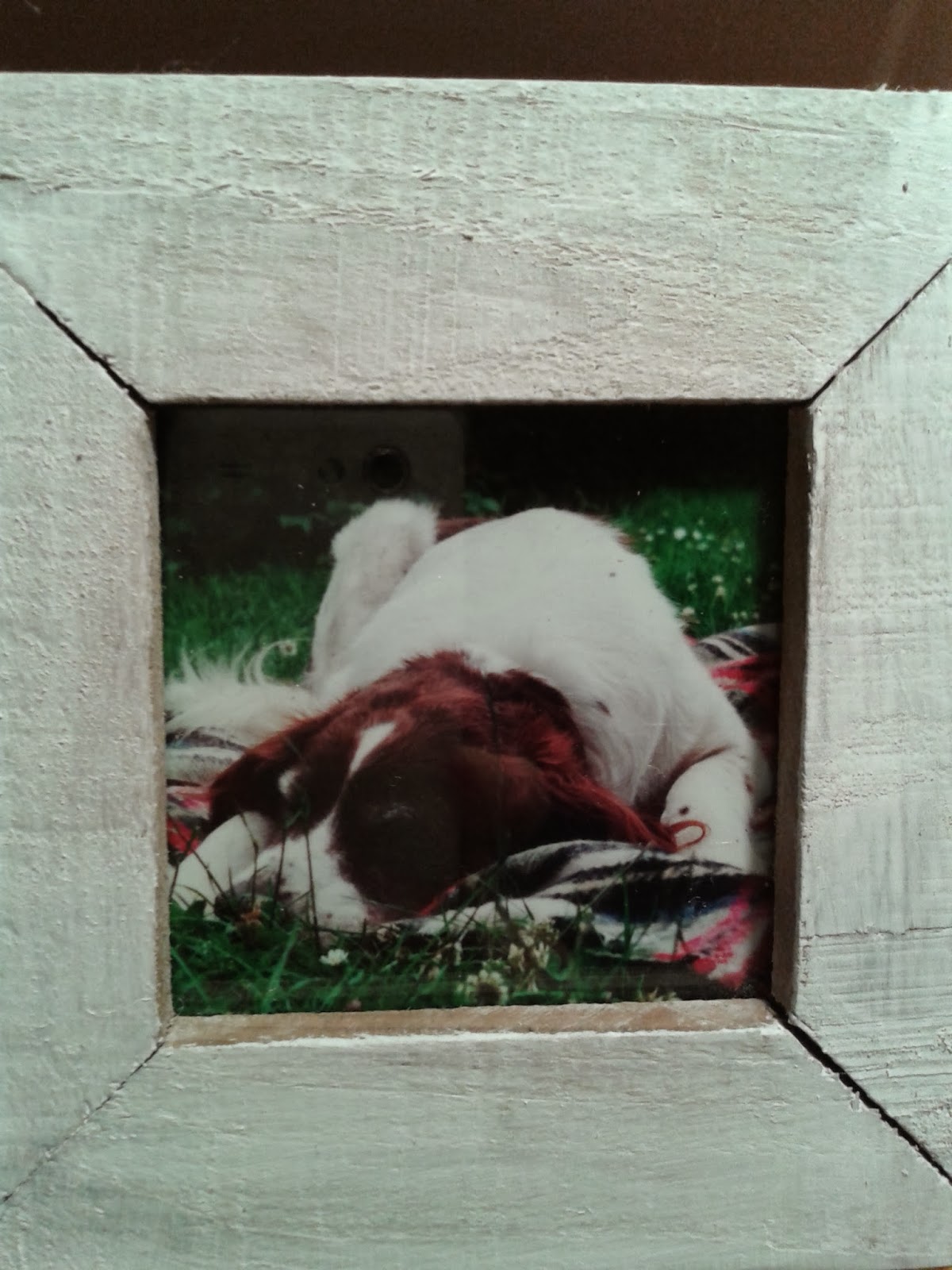 When she was in pain (she had bowel cancer), we took her to the vet, who put her to sleep. Then we took her home, and buried her in her favourite spot in the wood, and planted a beech next to her grave. Hers is the only beech in an acre of poplars, so we can always find her.
The best dog ever.